Maintaining momentum for high-speed rail in 2017

With 2017 up and running, high-speed rail projects are promising progress on a number of fronts. Torkel Patterson – Vice-Chairman of the International High Speed Rail Association (IHRA) – provides an overview of what we’re likely to see this year and beyond. 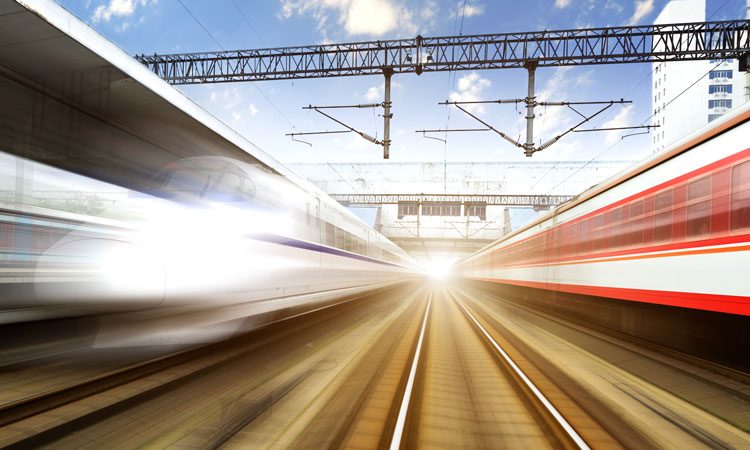 The leaders of Malaysia and Singapore have agreed to move forward with their 350km line with a unique operational structure and finance approach and should be in a position to offer construction bids this year.

The construction of the world’s fastest high speed line – the roughly 450km Chuo Shinkansen by Central Japan Railway – has begun its civil works in underground locations along the route between Tokyo and Nagoya and has been assigned €25 billion in government loans to expedite the civil construction between Nagoya and Osaka. In addition, India is finalising the details of its 505km Mumbai–Ahmadabad route with Japan, while China continues improvements to allow higher speeds and more frequent travel along its ever-expanding network.

The U.S. has several projects (California, Texas, North-East Corridor) that could be significantly energised, depending on the new Trump Administration’s implementation of promised financing for high-speed rail and its implementation of ‘Buy American’ policies. In order for the projects to make progress, the new Administration will need to find the right balance between federal and state or private financing and between American expectations of ‘Buy American’ against the realities of global technological developments.

In the face of Brexit the UK continues to move ahead with HS2, which could allow interoperable service between the continent to Birmingham and eventually beyond. Similarly, Spain, France and Germany continue to expand and improve their rail service and there is discussion of new higher high-speed rail services between Moscow and St. Petersburg.

Of the utmost importance must surely be the absolute, and almost reverent, commitment to safety. The public must know that their journey will be 100% safe. As higher speeds are sought, and the frequency of service improves, automatic train control systems, fail-safe designs and as much dedicated line as possible must be the norm for construction and operation. Regular train maintenance must be at the highest level and civil side maintenance cannot be allowed to endanger safety; either by lack of funds or less than strict effort. This is the basis of public faith in high-speed rail and this trust cannot be violated. Managers that believe that accidents will happen must change their way of thinking to be intolerant to the slightest hint of personnel or material failure.

Persuading the public of the economic viability of high-speed rail will become more difficult as budgets are squeezed, in the event that world growth stagnates as predicted. In practice this means separating as much as possible the operational viability of the operator from government investments in high-speed rail construction. While a nominal lease fee can be applied, repayment of the entire amount of construction should not be required. Otherwise, the projects will perpetually be in debt. The new projects in Japan, Singapore-Malaysia, and India follow this approach.

The cost versus economic benefit of construction and operational success are significantly improved on all of these projects by their integration of station oriented development from the start.

Perhaps the most difficult nut to crack will be the necessity to globalise the high-speed rail supply chain. While most countries like to think of their rail manufacturers as their pride and joy – and rightly so in many cases – to advance high-speed rail globally will require that new players be introduced and developed, especially in the large integrators’ supply chains. We have seen this abundantly with China’s entry to the high-speed rail market and we will see a similar phenomenon as India expands its market.

The Trump Administration’s commitment to free trade, or lack of, will determine the success of the U.S. high-speed rail market in the years to come. A flexible policy will allow foreign manufacturers to expand their presence in America to accommodate a growing market. A highly restrictive ‘Buy America’ policy will cause projects to be delayed or cancelled.

Safety, operational business viability, expanded and enhanced station oriented development and global supply chain development, are the keys to a successful high-speed rail future. We look forward to seeing progress on all fronts in 2017!

Torkel Patterson is also a Director of Central Japan Railway Company (JRC) and The NorthEast Maglev (TNEM). Torkel was previously President at Raytheon International Inc., and served in a variety of posts in the U.S. government in three administrations, including Special Assistant to the President for Asia. Torkel graduated from the United States Naval Academy and was an Olmsted Scholar at the University of Tsukuba in Ibaraki, Japan.