Etihad Rail: How the UAE’s infrastructural mega-project is connecting the Emirates

Rail forms a crucial part of the UAE’s overall infrastructural development programme and for Global Railway Review, Shadi Malak, CEO of Etihad Rail explains how providing unique solutions for moving freight by rail across the region will lead to cementing its position as a global logistics hub.

Etihad Rail was established in June 2009 under UAE Federal Law with the specific mandate of managing the development, construction and operation of the United Arab Emirates’ national freight and passenger railway network. Etihad Rail embodies the UAE Leadership’s vision to diversify the economy and sustain social development and economic growth in line with UAE Vision 2021 and Abu Dhabi Economic Vision 2030.

Built to international standards, Etihad Rail’s state-of-the-art network will act as a catalyst for economic growth and sustained social development. Upon completion, the railway will totally redefine logistics and transport in the region, providing a modern, safe, efficient and sustainable mode of transport that will connect all regions of the UAE to its neighbouring GCC countries.

Stage One has been operational since January 2016 and runs for 264km, carrying granulated sulphur from Shah and Habshan to the port of Ruwais for export. Stage Two plans are currently well underway and will link the United Arab Emirates to Saudi Arabia through Al Ghuweifat, travelling through Mussafah, Khalifa Port, Khorfakkan Port, Jebel Ali Port and Fujairah Port on the east coast.

The overall strategy behind UAE Vision 2021 is to place the United Arab Emirates among the best countries in the world by the time of the Golden Jubilee of the Union in 2021, by galvanising the government sectors of education, healthcare, economy, police and security, justice, society, housing, infrastructure and government services into action and enhancing the non-oil economy.

Abu Dhabi Economic Vision 2030 is the long-term plan for the transformation of the Emirate’s economy. A major component of this vision is the construction of the UAE national railway network to connect the country’s key centres of trade, act as a catalyst for economic growth, and sustain economic development.

Etihad Rail is delivering a new industry, that of a cost-effective railway network which incorporates energy efficiency and sustainability, enabling an overall logistics transformation as it grows, by providing unique solutions for freight movement, distribution, handling and clearances. When complete, the 1,200km-long network will make dramatic improvements to the UAE’s transport and logistics sectors by linking the nation’s ports with industrial zones, population centres and points of manufacture and production. It will encourage businesses to use their time and resources much more efficiently, enabling them to redirect their assets, improve their economic status and grow along with Etihad Rail. 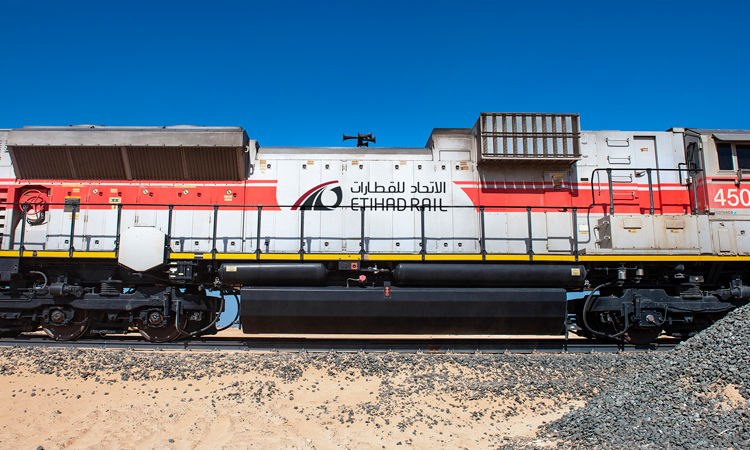 One fully laden freight train can replace approximately 300 trucks on the road, producing up to 70-80 per cent less CO2 emissions than trucks moving the same tonnage

Cost savings made by businesses that transfer their freight via rail will enable them to be more commercially successful and therefore contribute more to economic growth across the trading spectrum.

Additional benefits include the fact that the presence of Etihad Rail in Ruwais has spawned a thriving business-support and retail community specifically built to service the organisation. Small businesses are taking advantage of the changes to the infrastructural and population landscape and this trend is set to continue along the entire 1,200km-long network.

There will also be a proportional increase in land value around rail facilities and port hinterlands which will lead to high revenue from leasing of residential, commercial and industrial developments.

The environment is a major concern of Etihad Rail, and it has been estimated that one fully laden freight train trip on Stage One can replace approximately 300 trucks on the road, producing up to 70-80 per cent less CO2 emissions than trucks moving the same tonnage, reducing pollution at the same time as lowering fuel and maintenance costs. Etihad Rail’s commitment to the environment is intended to sustainably meet the energy needs of present and future generations.

Internationally-staff ed and managed, the organisation currently has more than 100 employees, the majority of whom have experience working on some of the world’s most successful, efficient and globally-respected rail projects.

Built to international standards, Etihad Rail’s state-of-the-art network will act as a catalyst for economic growth and sustained social development.

Working in tandem with Stage One Operations & Maintenance partner Etihad Rail DB – a joint venture between Etihad Rail (51 per cent) and Deutshe Bahn (49 per cent) – Etihad Rail has harnessed the power of Europe’s Deutsche Bahn conglomerate (the largest transport company in Europe and second largest in the world) with its global expertise and long track history of successful transportation operations, enabling Etihad Rail to provide the best logistical and freight movement solutions for its clients across the entire industrial spectrum.

Stage One of the network has the capacity to transport 22,000 tonnes of granulated sulphur each day from its sources at Habshan and Shah to its point of processing and export at Ruwais on behalf of the Abu Dhabi National Oil Company, ADNOC, one of the world’s largest producers of sulphur. Abu Dhabi’s granulated sulphur production currently stands at six million tonnes a year and its global market share nearly doubled to 11 per cent in 2016 from six per cent in 20141.

As supply chains become increasingly global and companies seek greater efficiencies, the importance of good, reliable land-based transport linkages to and from ports increases. The integration of maritime and inland freight distribution systems is a strategic element of port development, both in economic and competitive terms.

The network will ultimately connect maritime ports and industrial zones across the Emirates. Stage Two will connect the ports of Jebel Ali in Dubai, Khalifa Port in Abu Dhabi, ICAD in Abu Dhabi, and Port of Fujairah with its existing link to Ruwais, thus effectively uniting the major industrial ports of the country. Discussions are ongoing with other major ports and industrial areas, and this rail connectivity will bring with it an expansion of ports hinterland, dynamically increasing their capture of new value-added freight carriage and services for ports in the UAE.

There are numerous benefits, both direct and indirect, that Etihad Rail will bring. Cargo, whether intermodal, bulk or break-bulk, can often be carried on rail at rates which are more competitive than other means of transport. The benefits will support businesses, commuters and other travellers throughout the region, while contributing to tourism and the wider UAE economy.

Rail is a major part of the overall infrastructural development programme in the UAE. Pioneering and innovative, the modern, safe, sustainable and cost-efficient national railway will not only improve freight transport across the nation but will place the UAE at the centre of regional freight movement, taking advantage of its unique geographical and economic position and cementing its place as a global logistics hub.

Shadi Malak has over a decade of valuable professional experience in the railway industry and is overseeing Etihad Rail’s evolution in creating significant benefits to the UAE through a faster, safer, efficient and more reliable alternative transport system. In 2013, Shadi spearheaded the joint venture partnership between Etihad Rail and Deutsche Bahn (DB) that led to the establishment of Etihad Rail DB. Under his leadership, Etihad Rail DB attained the safety and commercial licenses from the UAE Federal Transport Authority, enabling the official commencement of commercial operations for Stage One. In addition, he spearheaded the establishment of operating procedures, plans and policies to ensure the operational readiness of the railway. In 2018, he oversaw the agreement between the UAE Ministry of Finance and the Abu Dhabi Department of Finance for the financing of Stage Two of the UAE’s National Rail Network. Shadi began his railway career at Etihad Rail in 2007 and has assumed a number of leadership roles, successfully developing the strategic model for the company to support the UAE’s overall economic development plans. He also worked on multi-disciplined construction and design projects in the oil and gas industry, commercial and residential sectors, one of which was the Abu Dhabi Passenger and Freight Railway Committee where he presented all technical, commercial, financial and institutional aspects of the railway project to the UAE’s leadership. He holds an MBA from Imperial College London, UK and a Bachelor of Science in Civil Engineering from Texas A&M University, U.S. He was formerly a member of a number of committees including the Government Coordination Committee and the National Committee for Railways. 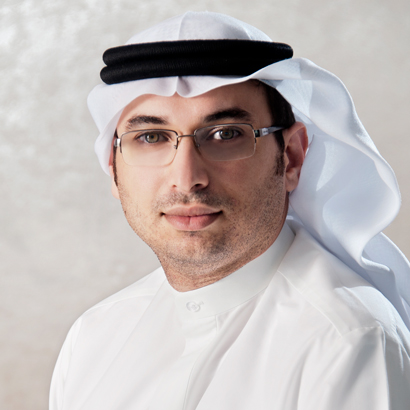