Discussing the opportunities for UK rail supply, in uncertain times

Darren Caplan, Chief Executive of the Railway Industry Association (RIA), writes that whilst the UK’s economy and its role in the world is clearly under the spotlight, it is heartening that research carried out in 2018 shows the UK railway industry is an even greater economic contributor to the country than previously thought. 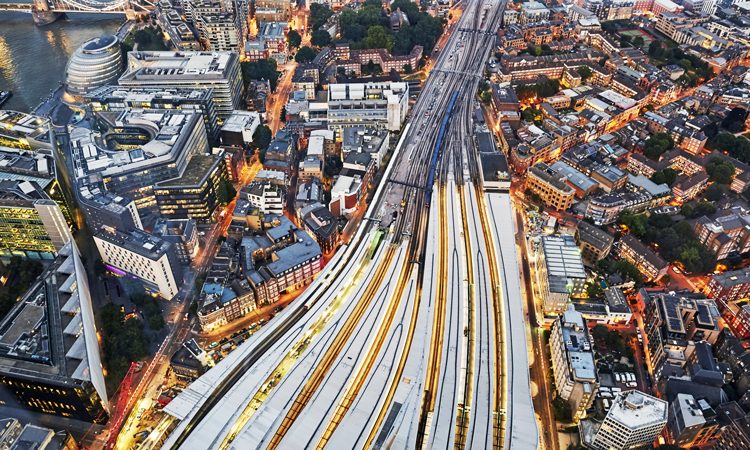 Regardless of Brexit uncertainty, the Oxford Economics report of 2018 shows conclusively that rail is a positive sector for UK plc, generating over £36 billion in economic growth, supporting some 600,000 jobs, securing £11 billion in tax revenue for the Exchequer every year, and stimulating for every £1 spent on rail £2.20 of income in the wider economy. Rail is not just a hugely significant sector in its own right but is essential to the wider economy. It exports over £800 million too; critical at a time when the UK is seeking to redouble its efforts to exploit markets all around the world.

As we stand before the new funding cycle, Control Period 6 (CP6), the industry now faces challenges but also great opportunity in this period of political uncertainty.

The challenges that must be faced

Brexit will clearly provide challenges to the rail supply sector. The UK is due to leave the European Union in the coming months, changing our relationship with international markets. This poses an opportunity to reach out to new markets and for UK rail to export even more abroad, but it also presents challenges in terms of skills retention, the recognition of standards and in ensuring smooth cross-border trade.

A new CP6 enhancements process also provides challenge. The shift to a new Rail Network Enhancements Pipeline (RNEP) approach, where individual projects go through a stage-gate approach before coming to market, provides little visibility for the supply chain on projects other than those already known in the so-called ‘Hendy Tail’, hanging over from CP5. Under the RNEP a project can fail to progress through at any stage and can take any amount of time to get through the Pipeline. As such, there are likely to be few construction ready schemes, meaning the supply industry could see a significant hiatus before any infrastructure work comes to market.

This is exacerbated by the ‘boom and bust’ renewals workload profiles we have seen in previous Control Periods, which makes it hard for businesses to plan, invest and innovate. Coupled with the Williams Rail Review, and political debates over systems of ownership, the hiatus risk will continue to grow over the next couple of years.

The industry also faces a challenge from government to decarbonise our rail network by 2040. We welcome this challenge but believe it is only possible if railway electrification – for which the government’s recent approach can only be described as heavily conditional at best – is part of the solution, alongside emerging technologies such as battery, bi-mode, tri-mode and hydrogen. RIA’s new Electrification Cost Challenge report shows that the cost of electrification projects could be 33-50 per cent lower than some past projects, if we have a rolling 10-year programme of projects. The risk is that the government fail to give that certainty.

The opportunities that are available

Despite the challenges and the uncertainty surrounding Brexit, systemic debates, a new Control Period and reduced enhancements visibility and electrification certainty, the coming five years still hold a lot of promise for the UK’s rail industry.

CP6 contains a record £48 billion in funding for the operation, maintenance and renewal of the rail network in England and Wales – a significant sum, and an amount which shows the government understands the importance of a well-running rail system. The Williams Rail Review may lead to radical change in the industry, seeing changes in the structure of the entire rail sector – potentially benefiting those that build, maintain and enhance our railways. The government has even agreed a Rail Sector Deal with rail as part of its industrial strategy, showing how it will work closely with rail in the next couple of years on issues around sustainability, digitalising the railway, data, and, of course, exports.

Several major projects, at various stages of development, will progress over the coming years too. To name just a few, Crossrail will be completed, High Speed Two (HS2) construction work should be in full flow, the Transpennine Route will be upgraded, and projects including East West Rail, Northern Powerhouse Rail and Crossrail 2 will be developing at pace. All these schemes will bring major economic benefits, investment, jobs and greater connectivity, delivering improvements across the UK.

The rail network will also see the implementation of innovative new technologies and processes, spurred by initiatives such as the UK Rail Research and Innovation Network (UKRRIN), the £92 million partnership between industry and academia. The Digital Railway Programme will also be improving reliability and capacity on parts of the network.

Despite these uncertainties, significant funding is committed and, as the Oxford Economics report shows, now is an exciting time to be in UK rail. The industry is bubbling with new ideas, upcoming projects and innovation. Yes, the industry will also see great change over the coming years, but the UK rail supply community stands ready to adapt and be bold in its thinking for what will be a period of real opportunity both now and in the future.

Darren Caplan joined the RIA as Chief Executive in January 2017. Since then he has led the team with a mission to promote rail supply sector growth, increase the RIA’s visibility amongst political and stakeholder decision-makers and influencers, and ensure the RIA develops into the very best trade association it can be for its members. Prior to the RIA, Darren was for six years Chief Executive of the Airport Operators Association (AOA), and prior to this he worked for 14 years in communications, politics and public affairs across several sectors including infrastructure, planning and technology. 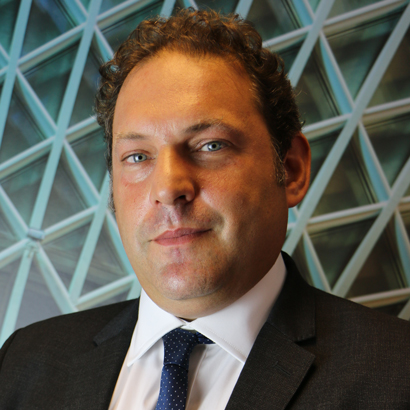