Approaching a tipping point for high-speed rail in 2019

Though it is tempting to see setbacks in the development of high-speed rail around the world, Torkel Patterson – Vice-Chairman of the International High Speed Rail Association (IHRA) – believes we are entering a golden age of high-speed rail. 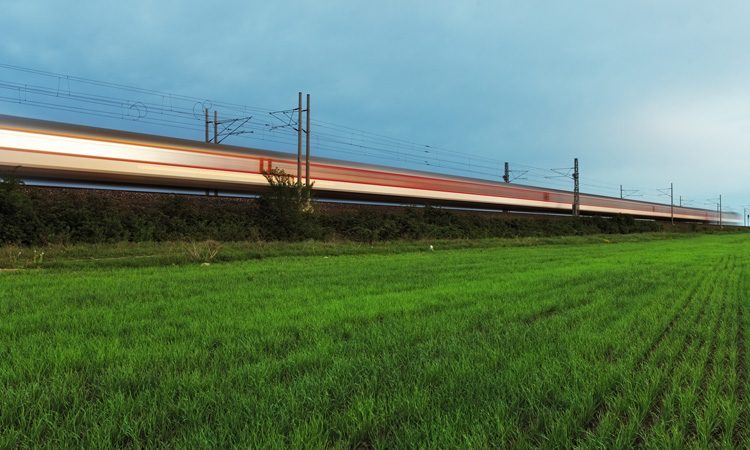 It is tempting to look at events around the world and be pessimistic. Conflict, trade wars – imputed or otherwise, a growing infrastructure deficit in both third and first worlds, increasing public distrust of politics (especially politicians), and inabilities to get real things done, seem to be riling the globe. High-speed rail projects are no exception.

It is tempting to look at events around the world and be pessimistic. Conflict, trade wars – imputed or otherwise, a growing infrastructure deficit in both third and first worlds, increasing public distrust of politics (especially politicians), and inabilities to get real things done, seem to be riling the globe. High-speed rail projects are no exception.

Setting aside Japan for the moment, the picture appears rather bleak. In the U.S., the governor of California and President Trump are tweeting across a partisan divide that is both deep and growing wider. The U.S. Administration has cut its funding for the Californian high-speed rail project and is even threatening to take back that which was already provided. A closer look at California indicates, however, a fatally flawed business plan by its choice of alignment and the use of existing infrastructure in and out of Los Angeles and San Francisco. Should the project be built to completion it would likely not break-even on an operating basis (without considering the construction costs). This project highlights the necessity of having a right of way capable of frequent service (4-15 trains/hr) as directly as possible between two viable city pairs, tunnelling where necessary. To compromise on safety and frequency by using existing infrastructure in congested city areas (rather than tunnelling or viaducts) will in the long-run increase safety, political, environmental and operational risks, and not result in the ridership necessary to be successful financially.

Renfe has stepped out of its comfort zone to partner with Texas Central to operate the new N700S between Houston and Dallas. This project is making excellent progress in coordination of the core system and the infrastructure delivery teams, and Renfe is contributing its experience and expertise. I am sure they are learning about how Japan does things as well. It is an exciting cross fertilisation opportunity between a premier European railway and Central Japan Railway (JRC). Renfe impresses me with its trains and service in Spain, though its ridership has not quite achieved its expectations.

On the U.S. Northeast Corridor, Baltimore Washington High Speed Rail (BWRR) is moving forward with its EIS for the route between Washington DC and Baltimore. The EIS is being conducted by the state of Maryland, 80 per cent financed by the Federal Government with BWRR providing the 20 per cent non-federal match. Technical familiarisation is proceeding apace between the U.S. Federal Railroad Administration (FRA) and JRC on Japan’s Superconducting Maglev (SCMAGLEV) technology. This will lead to the exciting proposition of the world’s fastest train in U.S. operation.

In Malaysia, the new Prime Minister immediately suspended all international rail projects, including (to the consternation of Singapore and others), the Singapore–Kuala Lumpur HSR project. After a year of feeling the negative economic implications of the decision, PM Mahathir is re-considering, and several cost-effective ideas are under consideration. This project, if truly high-speed with a dedicated line into and out of city centres, will have significant economic benefit to the two economies and could be the first segment of a much larger network.

India and Japan are now sorting out concerns about cost and schedule of the Mumbai and Ahmedabad high-speed rail construction. In all high-speed rail projects, there is always objection to them due to their cost. The first Japan Shinkansen was opposed for the same reason in 1964. However, 55 years later, Japan wouldn’t be Japan without the Shinkansen and Japan Inc. wouldn’t exist without the Tokaido Shinkansen. Similarly, the Mumbai–Ahmedabad high-speed line will transform not only the cities along its corridor, but also India as a whole. I am certain that the two governments will find a way forward and the project will be a shining star for both India and Japan.

Japan is advancing its high-speed rail on several fronts. Construction planning is underway on the extension of the Hokkaido Shinkansen from Hakodate to Sapporo, and construction has begun on the Nagasaki Shinkansen, the Hokuriku Shinkansen extension to Fukui and eventually to Osaka, and the Chuo Linear (SCMAGLEV) Shinkansen between Tokyo and Nagoya. When completed in 2027, the Chuo Shinkansen will allow travel between Tokyo and Nagoya in 40 minutes for what is currently a 95-minute ride by bullet train, and will eventually connect Tokyo to Osaka in approximately one hour at 500kph.

Taiwan High Speed Rail Corp (THSRC) continues to break all previous ridership records with its steady growth. It is consistently voted the best service in Taiwan with over 90 per cent customer satisfaction. THSRC will be issuing a tender for new rolling stock in 2019 to replace the Kawasaki built 700T train sets. One of the trains that will be competing for the award will be the Hitachi N700S, which recently travelled at 360km/h on the Tokaido Shinkansen line. Also, JR East’s ALFA-X test car is aiming to achieve a commercial speed of 360km/h. China has done a good job growing its network, and ridership has exceeded expectations.

In Australia, the federal government launched the National Faster Rail Agency on the 1 July 2019, to support future high-speed and fast rail development. The states of New South Wales (NSW) and Victoria are moving forward with concrete plans to enhance commuting rail networks. NSW has also implemented plans to build a new city, Aeropolis, at the new West Sydney Airport (WSA) and new metro link plans will give it greater connectivity. There is also growing support in both major parties at both the Federal and State levels to identify a potential high-speed or faster rail corridor between Newcastle and Canberra via Sydney or its vicinity, as well as between Geelong and Melbourne. If this were to be done and station locations identified, this would have a significant positive impact on regional development, particularly in Newcastle, Paramatta and the WSA/Aeropolis area.

The United Kingdom – in the midst of Brexit and leadership woes – is struggling to focus on the completion of High Speed 2 (HS2) and isn’t looking so united. The fact is, however, that the expeditious completion of HS2 would significantly enhance the connectivity of the Midlands and Birmingham and could mitigate the separatist tendencies (the feeling of being left out of the advances of the prosperous South of England) giving voice to populism. It is hoped that the autumn review of HS2 will reflect a positive future and that the next leader of the UK will avoid a very short-sighted populist temptation to cancel HS2.

In my travels for IHRA, I find a lot of people are concerned about the investment required for high-speed rail. Most of the concern is about the up-front price tag for the infrastructure and whether or not ridership will cover the operating costs and allow profitability. In my experience, unless construction costs can be covered by the government(s) concerned, high-speed rail will not make operating profit sufficiently large enough to cover O&M costs, replacement costs and profit for investors. Therefore, finance schemes should find ways to separate infrastructure costs from superstructure (train, track and signalling) costs to unburden the operating company from having to pay back infrastructure costs. The infrastructure cost is an investment for the greater economic benefit of the company, and the operator should not be expected to recover all costs for the direct and indirect economic benefits it provides.

The exception to this is the Chuo Shinkansen, which though expensive (approximately US$55 billion between Tokyo and Nagoya) will be completely financed by the operating company, Central Japan Railway, with no government subsidy. This is entirely due to the success of the Tokaido Shinkansen – the world’s most profitable railway.

As well as being the Vice-Chairman of the International High-speed Rail Association (IHRA), Torkel Patterson is also an ‘outside’ Director of Central Japan Railway and an advisor to The Northeast Maglev (TNEM). Torkel was previously President at Raytheon International Inc. and served in a variety of posts in the U.S. government in three administrations, including Special Assistant to the President for Asia. Torkel graduated from the United States Naval Academy and was an Olmsted Scholar at the University of Tsukuba in Ibaraki, Japan. He is a Director of the Olmsted Foundation and Pacific Forum International. 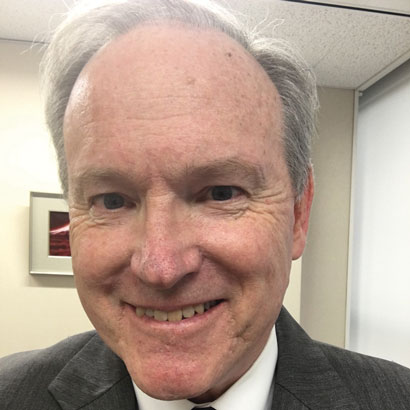