MATISA: 100 per cent committed to bringing solutions to railway industry

Established in 1945, MATISA Materiel Industriel SA is well known in the industry as the pioneer of track machinery. As the company approaches its 75th anniversary, Roger Grossniklaus, Sales and Marketing Director, looks at how their latest machinery is benefiting the South American marketplace. 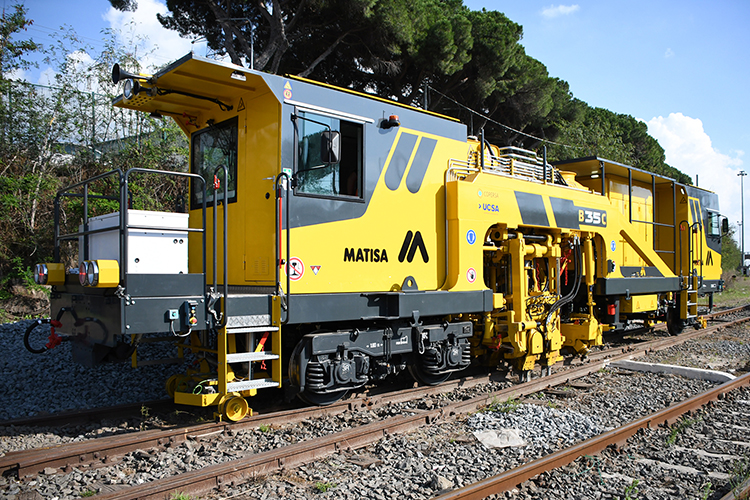 Headquartered in Switzerland where we manufacture our machines, we also have a worldwide presence with subsidiaries in France, Germany, Spain, Italy, UK, Brazil, Japan and Australia who represent MATISA in delivering fantastic sales and after-sales support. Each subsidiary has its own technical assistance resources and spare parts store. We also have a presence in North America and the other markets relevant to us are dealt with through our Swiss sales department, which is supported by local agents.

The South American market is quite fast paced, and the rail industry in this region is following this pattern.

As opposed to other markets, it is quite unusual to plan long-term commitments. Track maintenance contracts as well as new track constructions are often awarded with relatively short notice and can be quite short projects in terms of volume and delivery times. It is therefore difficult for stakeholders and other contractors to plan above one-year commitments.

There is also some political and/or economic instability in certain South American areas which does not help with long-term plans or strategies. This is a fact for any worldwide player, and a fact that MATISA must deal with.

On a technical aspect, it must be taken into consideration that whilst rail freight is much more widespread than passenger traffic in South America, there is also various rail gauges to be met, varying from 914mm to 1,676mm.

However, forecasts are unanimous in predicting that South America will be significantly investing in the railway industry over the next 10 years.

Overall, track maintenance is organised, as in many other markets, directly through the various networks, even if this is slowly changing, or through contractors. However, the operation, maintenance, but mostly the management of these fleets is quite costly and therefore solutions must be investigated.

As the pioneer in this area, MATISA is also looking for solutions because not only do we feel it is our responsibility, but because we also want to answer the various markets’ needs. With South America specifically in mind, but also applicable to European markets, looking for cost effective machines with somewhat simpler equipment, MATISA has developed an economic range of tampers and ballast regulators, namely the B35 tamper and the R20E ballast regulator.

The B35 tamper and the R20E ballast regulator

These two machines, built of course to MATISA’s quality standards as with any other in our product range, have been designed to enable operating cost reductions whilst still benefiting from our renowned use of state-of-the-art technology and features.

Additionally, due to their innovative design and engineering, these machines will work across various track gauges and can be loaded onto road trailers. They will not come with an EC declaration, mainly because this is almost never required in these areas, and because all these certifications have quite an important impact on the price, the MATISA quality standards are still met.

The machines have already proven themselves, particularly on heavy mining tracks where the ballast is more compact and the resistance to tamping tines penetration is harder.

In addition to that economic range of products, MATISA has acknowledged the contractors’ concerns about logistic and fleet management and is now proposing, through its Brazilian subsidiary, a rental solution of its bigger models. We began to propose B45 universal and production tamping machines for periods as short as one month. This is a particularly attractive solution for smaller contractors which do not want to spend large amounts of money, and other contractors that, on top of their current fleet can still take on some additional short-term projects whilst keeping their cash flow available. That is why the MATISA rental solution is a real benefit to the industry.

As a Swiss national, Roger Grossniklaus has always worked in an international environment. After leaving Civil Engineering University, he continued with a Master in Sales Management as well as a diploma in Business Management. Following this, Roger held management positions at various subsidiaries and businesses before entering the railway industry through MATISA in 2005, where he took over the UK subsidiary as its Managing Director. In 2014 Roger joined the MATISA Headquarters in Switzerland to take over the worldwide Marketing and Sales Department as its Director.