Franc Klobučar, Assistant Director of SŽ-Infrastruktura, explains how the implementation of ETCS and GSM-R across Slovenia’s rail network is driving standards, allowing the creation of a truly interoperable system across not only Slovenia itself, but also with its geographical neighbours. 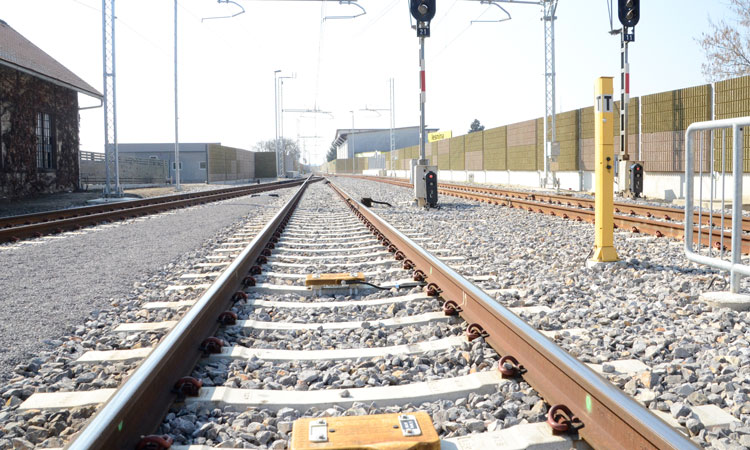 With its 1,209km-long rail network, Slovenia has a strategic geographical position on the crossroads of main rail freight corridors connecting the west to the east, from Spain to Hungary, as well as the north to the south, from northern Europe to the Western Balkan and South East European countries. Due to its geographic position, the main lines of Slovenia’s PRI form a major constituent part of the Trans-European Railway Network.

The adaptation of the Slovenian rail infrastructure to the European infrastructure, with the aim of facilitating the establishment of interoperability, is a prerequisite for the proper evaluation of our geographic position. The importance of establishing a modern and interoperable rail network in this central part of Europe is at the forefront of the country’s strategic development plans, as well as the development plan of operators and the country’s railway infrastructure manager, SŽ-Infrastruktura.

Slovenia is increasingly investing in its rail network. Currently, several large-scale infrastructure projects are being carried out to increase line capacity and axle loads, to implement ERTMS, and to meet the European TEN-T standards. The ERTMS system is therefore key in providing the intended interoperability, reducing costs, and modernising Slovenia’s infrastructure. SŽ-Infrastruktura, together with the Ministry of Infrastructure, have come a long way in introducing ETCS and GSM-R on its network. Works on Slovenia’s infrastructure has two integral parts: GSM-R and ETCS. These are being carried out from 2012 and 2007 respectively, with GSM-R being fully operational since 2018 and ETCS System Level 1 since 2016 on the main line connecting Italy and Hungary.

The first steps of ETCS implementation included activities in Corridor D workgroups, providing a steep learning curve for the ambitious ‘ETCS Corridor D Implementation in Slovenia’ project. The ETCS System Level 1, Version 2.3.0d (Baseline 2) project was initiated in the 2007-2013 financial period on a 412km line from the state border with Italy, via Sežana, Ljubljana, Zidani Most, Pragersko, and Hodoš, to the state border with Hungary, as well as on the Divača–Koper line connecting the mainland to the North Adriatic Port of Koper. The project was co-financed with TEN-T funds. In 2012, the first contract for ETCS Level 1 (2.3.0.d) implementation was signed, and the works began. The project was divided into several subsections and two pilot lines. The pilot lines included sections from Murska Sobota station to Hodoš station, which is the border station to Hungary, and the section from Pivka to Sežana, which is the border station to Italy.

A project team comprising of an infrastructure manager, National Safety Authority, Ministry of Infrastructure, and a Notify Body was formed. Each aspect of the specifications was checked from a technical solutions perspective, as well as from the point of view of valid regulations and the changes or activities needed to be undertaken in order for the implementation to be successful. The implementation rule definition included all technical aspects as well as national values, data preparation rules, and forms of input data. The conclusion of this was the formation of a specification document, which was confirmed by all the participants, giving the supplier a solid ground to start its implementation activities.

Simultaneously, a technical and operational aspect of the border transition to the neighbouring countries needed to be realised. Workgroups with RFI and MAV were formed in order to address this topic. As the projects in all countries were not synchronised, different implementation phases needed to be prepared in order to cover different states on-site. As a result, each workgroup produced a document preparing technical solutions for each phase. These were then executed on-site as planned.

The first implementation project demanded the following activities to run in parallel:

Once the project was complete, and all certificates and permits received, the lines in Slovenia with ETCS Level 1 (2.3.0.d) were put into operation.

In the 2014-2020 financial period, systems are being initiated on the Pragersko–Šentilj and Zidani Most–Dobova lines – connecting Croatia and Austria. Both projects are co-financed with European funds within the CEF programme. The installation includes implementation of ETCS Level 1 BL3 Set 2. The first section to be undertaken (now complete) was the Croatian border–Dobova– Zidani Most. As work began on this section, the implementation rules and documentation prepared previously was thoroughly analysed and compared with the changes in BL3 Set 2 in order to adjust the project to the new requirements. A workgroup was formed in order to prepare a technical solution for the border transition with neighbouring country, Croatia. The next section, the Pragersko–Šentilj– Austrian border, is divided into two subsections due to other ongoing projects. In 2020, Austrian railways (ÖBB) will be contacted to form a workgroup for the same purpose as the previous border sections.

As soon as these aforementioned sections are finished, Slovenia will have completed implementing ERTMS/ETCS on its main rail freight corridor lines.

The introduction of the GSM-R digital radio system on the Slovenian rail network ran from August 2013 to December 2017. We successfully equipped all our lines with a radio GSM-R signal, a new dispatching system, and support systems.

At the beginning of December 2017, the project was completed, the operating license was obtained, and the final takeover was carried out. The GSM-R system was then handed over to SŽ-Infrastruktura for management and maintenance. The GSM-R radio system underwent further testing in the field by our telecommunication experts and, at the end of February 2018, was fully operational.

The whole project has been divided into two phases:

The project was co-financed by the Republic of Slovenia and the EU under the Cohesion Fund 2007-2013.

The main works included the construction of 244 base stations and 112 repeaters, transmitting and receiving stations covering the entire network. With this energy and optical cables, connections were set up on more than 1,200km of line. The project also included the arrangement of 134 telecommunications facilities, the supply and installation of a dispatch system – which includes 215 units – and the installation of a central system at the Ljubljana central station.

A part of the GSM-R functionalities are already in use and, currently, efforts are being made to establish full use of the system.

By completing the implementation of ERMTS systems, Slovenia will be among the first members of the European community to establish interoperable cross-border traffic on its part of the European railway core network. Safety levels and the communication between integral rail system parts is being increased with its implementation.

Together with the Ministry of Infrastructure of Slovenia, SŽ-Infrastruktura plays a significant role in the development of our transport infrastructure since mobility significantly impacts the competitiveness of national economies and the quality of life for citizens. Transport is becoming an increasingly important economic sector, as it contributes to the functioning of the economy as a whole. The implementation of interoperability and standards on the Slovenian rail network is important and contributing to European citizens’ fundamental rights to mobility.