We speak to Gerald Schinagl, Digital Innovation Manager at ÖBB about how the company is boldly moving forward with its digital initiatives to improve operations and ensure passenger and employee satisfaction. 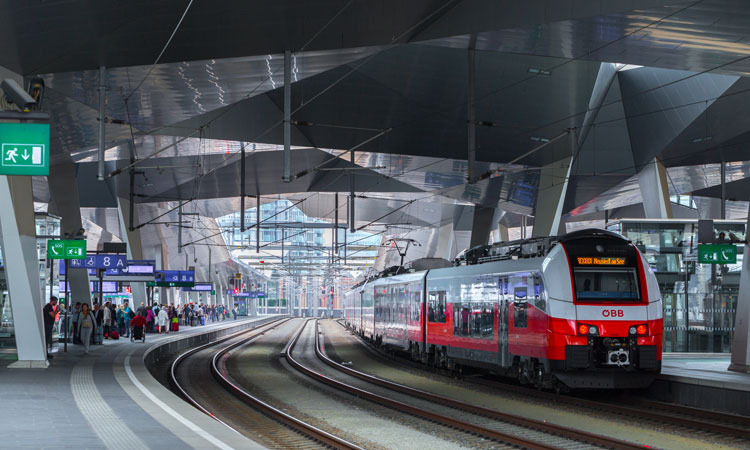 The Austrian Federal Railways (ÖBB) has been investing in many digital innovations in recent years, and it has been noticed by passengers and the industry alike. It has recently been cited as one of the top three train operators for passengers in Europe, and a survey published earlier this year gave very positive feedback for the company by passengers, particularly noting the company’s app.

With feedback like this, it’s clear that ÖBB’s digital transformation is on the right track, so what has the company learned so far and what does it have in store for the future?

“I think the main lesson we’ve learned is it usually takes longer than you think,” said Gerald Schinagl, Digital Innovation Manager, ÖBB, when we ask him. “To start off with, things are working pretty fast, so you’re having pretty fast first results. The first prototypes, the first things you can show off; but the path into production starts to get really tough. Then you have to think of the security and how to support this or that to really bring it into life. And that is sometimes underestimated.”

“In regards to future projects, we have been looking into 3D printing, predictive and condition-based maintenance, and the area of augmented virtual reality. The latter is interesting because it covers a broad range of use cases such as training, education, support and technical operations.”

Gerald puts some of ÖBB’s successes down to the fact that the company has an inherent focus on digitalisation and the tenacity to follow digital projects through to implementation.

“We integrated some digital functions very early on, so we already had a cyber-security specialist before many of the digital initiatives took place. The specialist was there to challenge us from the planning stage, which has made it that much easier. We also integrated IT personnel early on to get the most out of where the industry is heading. We are creative, which is important, because sometimes you can’t play by the rules if you want to gain in the new digital revolution and you can’t stop when you hit the first barriers.” 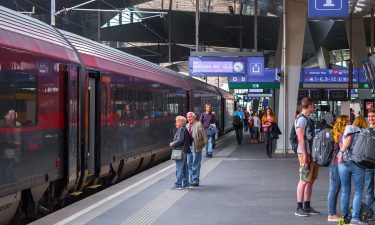 As mentioned, ÖBB has been using this tenacity to implement customer-centric digital initiatives, but that’s not the only area the company is focusing on. Digitalisation also affords many opportunities to improve operations.

“One of the most important digital initiatives we’re focusing on is predictive maintenance,” Gerald revealed. “We are in the early stages, but there aren’t just the technical issues to focus on – it’s about changing our business processes too, not just in the maintenance department but up to scheduling, to planning, to operations, so that is really transforming a big part of the company.”

“I’d say we’re pretty good at the data stage, so we know which data we need. We already have some projects together, and are making our steps into prediction analytics. We’re currently at the research stage and are working on it with universities, because we’ve learned that a lot of the scientific basics are missing from our knowledge.”

There is clearly a lot to be gained from new innovations, but digitalisation is a big task and it needs not just the cooperation of outside resources, but the cooperation of everyone inside the company too, and Gerald is a firm believer that digital projects can only be implemented when everyone is on board.

“Digitalisation is not just a one-time project, and CEOs have realised that this is not just a technical project that you do once, but that it really is a transformation,” he told us. “So, it needs a change in mindset, change in education, change in business processes, and that is a thing that isn’t simply done from one day to the other; it’s a long challenge to get from the one world to the other world.”

“Digitalisation is not just a one-time project… it really is a transformation.”

“It’s continuous, because every step needs to be taken into this digital direction. It covers a lot of learning, and we sometimes go two steps forwards, one step back, because we realise that some things we thought were very easy are not that easy, or some things that we didn’t have on our radar need to be solved. So it’s a continuous learning journey.”

A key way to get everyone on board is to showcase new technologies, so people can physically see the benefits of them…

“Going out to the people is important so they can see the innovations, not just when they’re ready after years and years of work, but to show what is happening now,” Gerald said. “For instance, in Japan, they put their innovations on the train and go around with it and see how people react to it, which is great because, on the one hand, passengers give you good feedback and, on the other hand, they can see that the company is really investing in improving operations.”

“The same works in-house too; sometimes, when I tell my colleagues in other branches what we’re doing, they’re surprised, but, when I go into the details about why we’re doing that, the opportunities make sense to them.”

“Most people still associate the railway with the way it was – just a piece of metal rolling through the landscape. So, perceptions need to change. Sometimes the digital revolution part of rail should be spoken about more often, because we are a very regulated industry and I think the showcases will change these perceptions.”

This change in perception has already begun at ÖBB, and now it is a case of mixing the old with the new. “Our CEO has said that we’re getting a digital railway, but for the next 10 to 20 years we will be like a hybrid company. We have this new digital world and we have the old fashioned, established world, and the two will have to coexist.

We have this new digital world and we have the old fashioned, established world, and the two will have to co-exist.”

“I think the ratios will change eventually but the two will co-exist for quite some time, and I think what is very important is that one isn’t better than the other, so the new staff are working on the new initiatives and the old staff are ensuring that we still have the established things, because we will still need them for some more time. You can’t just say ‘we’re changing everything, we’re making a little revolution’. Some things need decades to change.”

ÖBB as a company is clearly taking digitalisation seriously, but what about the rail sector as a whole? How can the industry be at the cutting edge of the digital revolution?

“It’s important to exchange ideas, to learn from each other and see how others are implementing new innovations,” Gerald explained. “We need to learn how far each of us are in terms of what we’ve done, what we’re doing now and what those experiences have been. Because it’s a new world and there are always questions. In some areas there is a potential for cooperation, because many projects are very similar and we don’t need to reinvent the wheel three times in parallel. Learning and collaborating is an important step in digitalisation.” 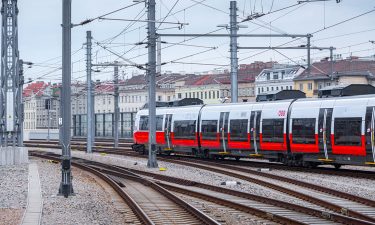 “It’s also just as important to have honest discussions. So, if someone says ‘we did this and we had this barrier’, then we can make sure we don’t do that. We can show each other the nice slides, the nice presentations, but where you failed or where you almost failed is the interesting part.”

ÖBB has embraced this idea of frank and honest discussion to learn from failures and overcome them, yet again showing the tenacity to drive forward innovations even when things have gone wrong. “We have a brilliant failure culture to educate people that it’s okay to speak about failures and to share experiences. However, this culture needs a lot of time to come in and sometimes there’s a split mindset because, when you’re talking about security and safety, there can’t be failures, but you have to distinguish the correct path. In my department, with digitalisation, to have failures is part of the job description because we are the ones trying new things.”

Being such a forward-thinking company has not only resulted in it successfully implementing new digital initiatives but it has also attracted the attention of the younger, tech-driven generation.

“We get interesting feedback when we recruit young people,” Gerald told us. “They’re impressed with the complexity of the work we are doing. Also, technical people realise that train driving is not the easiest thing to do. Everybody thinks, ‘yeah, just take a locomotive and go from A to B’. But, when we explain things further, they realise that it’s a high tech job, which is very important for the industry as a whole. Somebody said to me recently that a train nowadays is similar to an airplane, just without the wings!”