For our ‘Improving Rail’s Environmental Impact’ series, Joe O’Donnell, Head of Policy at the Rail Freight Group (RFG) explores the role of rail freight in achieving the UK’s decarbonisation aims and whether it’s full potential can ever truly be taken advantage of. 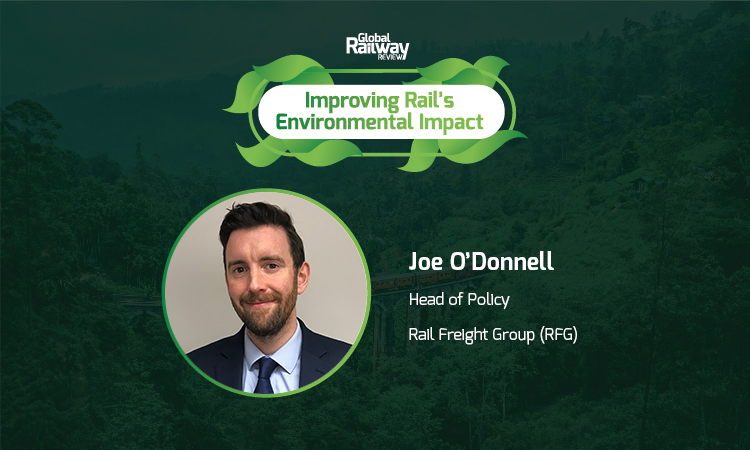 2020 feels like a pivotal moment as time runs out to deal with the climate emergency. Already this year we have witnessed the impact of climate breakdown – from Australian bush fires to repeated severe flooding in the UK after many rivers saw their highest ever levels.

A key reason for my move into the rail freight sector earlier in 2020 was to play a small part in the huge structural changes that the UK needs to reach net zero and avoid the worst of climate breakdown.

Although I wouldn’t normally call myself a millennial, I have followed the millennial trend for increasing climate awareness. Greta Thunberg and Sir David Attenborough, amongst others, have inspired me to change from oblivious consumer to doing all I can for the planet. I try to live plastic free, eat much less meat, buy new items only when really necessary, avoid flying and have serious reservations about having children.

But enough of the world’s developed population is unlikely to make similar changes to enable society to reach net zero. A key reason for my move into the rail freight sector earlier in 2020 was to play a small part in the huge structural changes that the UK needs to reach net zero and avoid the worst of climate breakdown.

Modal shift from road and air to rail has significant potential to help reduce carbon emissions. Having previously worked in the heritage sector, it struck me that just over 100 years ago rail freight, combined with canals, costal shipping and final mile end journeys, had supplied all the UK’s freight demands.

Obviously, the world, and the UK, have seen major changes since then. Population has increased, consumer consumption has massively increased, and lots of rail infrastructure has been lost to redevelopment or closure. These factors have resulted in a massive rise in carbon emissions which has subsequently been repeated by other less industrialised economies.

There has been very slow movement to try to tackle this. But whilst data from 2014 to 2017 suggested that global annual emissions of CO2 had roughly stabilised, data from the Global Carbon Project reported a further annual increase of 2.7 per cent, and 0.6 per cent in 2018 and 2019, respectively. There is a huge amount of work left to do.

Rail freight emits just 25 per cent of the CO2e  of road freight for the equivalent journey and, in 2017, rail freight removed 8.2 million equivalent road journeys.

In the UK, transport was the largest emitting sector of greenhouse gas emissions in 2018 at 28 per cent of the total. This is just a three per cent fall since 1990. Yet rail as a whole is a low-carbon transport mode, comprising just 2.4 per cent of total transport emissions. The statistics are impressive. Rail freight emits just 25 per cent of the CO2e (gases with global warming potential) of road freight for the equivalent journey and, in 2017, rail freight removed 8.2 million equivalent road journeys.

So why not just move all medium- and long-distance freight onto rail to instantaneously save 75 per cent of carbon emissions?

What difference would this make? The government sets carbon budgets to restrict how much greenhouse gas the UK can legally emit over five-year periods. From 2018 to 2022 this is 2,544 million tonnes of carbon dioxide equivalent (MtCO2e). HGVs alone made up 16 per cent of the UK’s domestic transport greenhouse gas emissions in 2017. The 20.8 million tonnes of CO2 from HGVs would be slashed to just 4.85 MtCO2e if all HGV traffic switched to rail – saving 81.5 MtCO2e over this carbon budget.

The main barrier to a massive increase in UK rail freight is the limited number of paths available for freight use on a congested rail system where there is also increasing demand for passenger services.

The EU’s Green Deal, announced in December 2019, recognises rail freight’s potential role in reducing emissions, and proposes that ‘as matter of priority, a substantial part of the 75 per cent of inland freight carried today by road should shift onto rail and inland waterways. This will require measures to manage better, and to increase the capacity of railways and inland waterways, which the European Commission will propose by 2021’.

Sadly, for the rail freight industry, and the environment, this level of modal shift has yet to be proposed in the UK. The main barrier to a massive increase in UK rail freight is the limited number of paths available for freight use on a congested rail system where there is also increasing demand for passenger services. The Rail Freight Group (RFG) warmly welcomed the UK Government’s decision to proceed with HS2 which has the potential to release capacity for new freight services on the existing network. The benefits for freight in HS2 and other schemes such as East West Rail must be realised if modal shift to rail freight has any chance of continuing to help reduce CO2e emissions.

Currently, the UK rail industry is focused on reducing emissions through traction decarbonisation. This is likely to see substantial electrification programmes which will reduce the carbon emissions of rail freight still further. Yet work to encourage modal shift is not routinely looked at from a decarbonisation perspective. Given the 75 per cent emission savings to be made from modal shift from road to rail, perhaps schemes to increase capacity for rail freight should be a higher priority? Just a 10 per cent modal shift of HGV traffic to rail will reduce as much annual CO2e as the entire rail industry contributes.

The RFG was one of several organisations which recently wrote to the Minister of State for Transport, Chris Heaton-Harris MP, suggesting electrification of gaps in the network to enable electric freight trains to be run over long distances. The Minister replied that not only was his department working with Network Rail on its Traction Decarbonisation Network Strategy, but that the department’s forthcoming Transport Decarbonisation Plan is ‘the biggest piece of work we have ever done on decarbonising transport’. The Minister stated that the plan would put ‘transport on a path to delivering its contributions to carbon budgets and net zero’.

It is perhaps unlikely that the Transport Decarbonisation plan will match the EU Green Deal’s proposal for 75 per cent modal shift to rail. However, a clear indication of what the government expects the freight modal mix to be in 2050 will be extremely useful for understanding what demands will be placed on the rail network and to drive product development and investment by the freight operating companies.

Risks in modal shift to rail

While there appears to be a momentum behind modal shift to rail, there are risks.

While there appears to be a momentum behind modal shift to rail, there are risks. Some in the sector have suggested that road freight will decarbonise more quickly than expected, enabling net zero targets to be met without needing government investment in electrification or infrastructure to increase rail freight capacity. No government wants to spend money unnecessarily. But this approach would be a risk for the government as well. It is far from clear that a clean technology will be found for HGVs. Especially if the EU’s investment and research focus is on modal shift to rail freight. Similarly, HGV drivers are significantly older than the wider population which is likely to lead to increasing shortages. Leave it too close to 2050 and there won’t be the time left to make the investment needed to increase rail freight’s role.

Having recently joined the sector I have approached these issues with fresh eyes. It is heartening to see the sector and government taking decarbonisation so seriously. Nevertheless, the role that the carbon reduction benefits of modal shift will play in reaching net zero remains undefined. Whatever happens, the next few decades will transform rail freight. The RFG will continue working to ensure that this future is as bright as possible for our members.

Before joining the Rail Freight Group (RFG) in January 2020, Joe O’Donnell was previously Head of Policy and Communications at the Heritage Alliance, the umbrella organisation for the heritage sector, representing around 130 diverse heritage organisations from the National Trust and English Heritage to small charities. As a result, he has experience of working in a membership body. Prior to working in the heritage sector, Joe wrote about employment law and policy for Thomson Reuters. 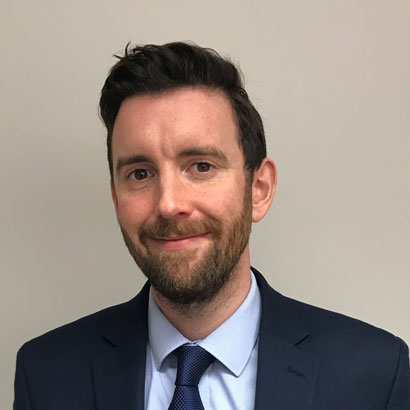