For our ‘Improving Rail’s Environmental Impact’ series, Jeremy Long, Chief Executive Officer – European Business of MTR Corporation, discusses increased passenger awareness of sustainable travel and how this culture shift is resulting in more people choosing to travel by rail, compared to other modes of transportation. 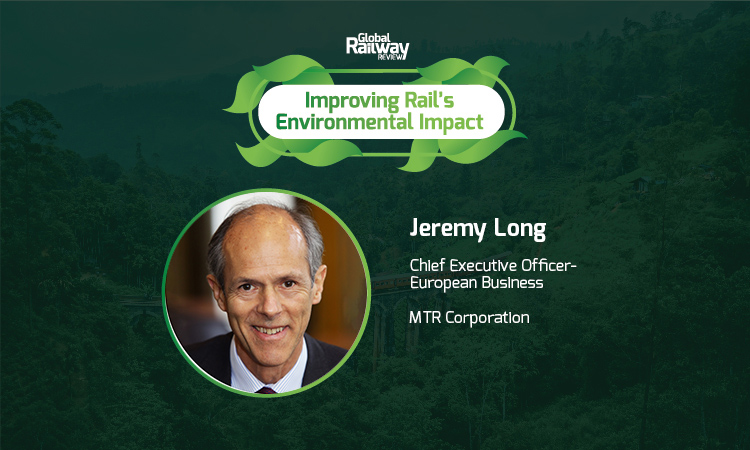 Consumer preferences and motivations are changing. More conscious than ever about where the products they purchase are coming from – and the impact those purchasing decisions have on their fellow humans and the environment – consumers are voting with their feet and wallets in huge numbers.

Industry leaders are alive to this fact too, and a huge amount of work is done behind the scenes to reduce carbon footprints, improve sustainability and highlight the environmental and ethical credentials of companies across the globe.

Those of us who work in the rail industry are rightly proud of the performance that our mode offers in this respect. We are also motivated to improve rail’s relative impact on the environment, and to expand its usage across the world – so that, as often as possible, passengers will choose us as the environmentally friendly option.

The first step: Improving rail’s impact on the environment

Other transport modes are becoming more environmentally friendly, and we need to keep striving so that passengers continue to see the rail industry as a leader in the environmental agenda.

A train at full capacity can carry the same number of passengers as 1,500 cars or 25 buses, and a train journey produces 20 times less CO2 per passenger kilometre than air travel.

By virtue of these facts alone, the rail industry can claim to be at the front of the pack when it comes to environmental impact.

That is not to say that the industry – and MTR, in particular – can rest on its laurels. Other transport modes are becoming more environmentally friendly, and we need to keep striving so that passengers continue to see the rail industry as a leader in the environmental agenda.

In pursuit of this goal, MTR has developed a focus on sustainability around the world. In terms of our operations, we have taken action to mitigate emissions through energy efficiency initiatives and are developing new ways to maintain comfortable temperatures on our trains and stations more effectively. In Hong Kong, by 2020, we aim to have achieved a 21 per cent reduction in the electricity consumed per passenger kilometre in our heavy rail network, compared to 2008.

At a corporate level, too, MTR has recognised the need to take action. We have developed a Green Finance Framework and issued Green Bonds to support our environmental initiatives and have collaborated at an international level to mitigate the impact of climate change wherever possible. We are supporters of the Hong Kong Climate Action Plan 2030+, which supports Hong Kong’s obligations as part of the Paris Agreement, and we support the International Association of Public Transport’s Declaration on climate leadership. 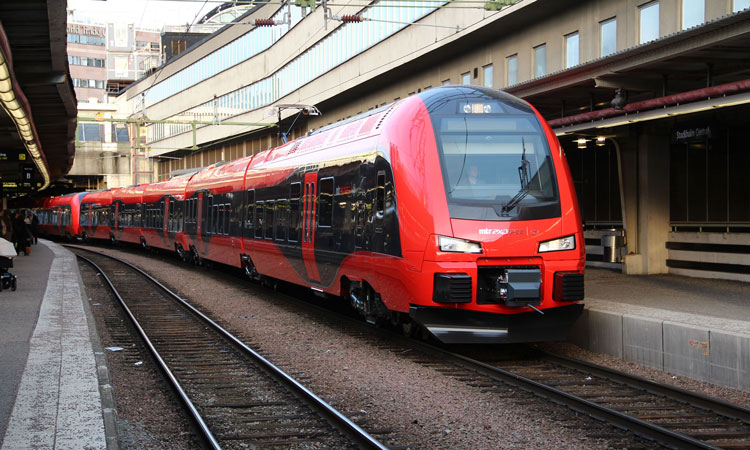 In Sweden, where the high-speed MTR Express runs between major cities Stockholm and Gothenburg, plane travel is losing ground.

These initiatives and their impact should not be understated, but there can be no doubt that it is the direct impact of the journeys that passengers consider most when environmental factors play a role in the mode of transport they choose.

In Sweden, where the high-speed MTR Express runs between major cities Stockholm and Gothenburg, plane travel is losing ground. Domestic air travel has dropped by nine per cent in Sweden over the last year; whilst at Gothenburg Airport, where a large number of the available flights go to Stockholm, domestic air travel was down 14 per cent. Similar shifts can be seen throughout Europe where an effective rail service has challenged air travel, such as between Madrid and Barcelona and on routes from London to France, Belgium and The Netherlands.

The next step: Retaining the passengers who make the shift

While environmental considerations are important, we – as an industry – must keep the passengers who make the switch to rail travel over more emissions-heavy alternatives coming back.

While environmental considerations are important, we – as an industry – must keep the passengers who make the switch to rail travel over more emissions-heavy alternatives coming back. At MTR, we aim to do this through an enhanced focus on passenger experience.

MTR Express is leading the way. A new entrant in a former monopoly market, MTR Express needed high levels of service and punctuality, first and foremost. Since 2016, it has been the most punctual of all trains and airlines between Stockholm and Gothenburg. As a result, it has been voted best train operator in Sweden three years in a row.

Customer service and ease of travel booking, as well as new and modern services, also play a role in convincing the environmentally conscious to come for the lower emissions and stay for the higher service. In 2019, MTR Express introduced automatic delay repay, the only rail or airline in Sweden to do so. And, in 2020, it will increase the number of departures along the line from 110 per week to 114 per week, a reflection of the increased popularity of the service.

What is the impact of this modal shift going to be in the long term? Governments around the world are looking to redistribute economic growth throughout the regions of their nations and there is an increasing requirement for improved travel infrastructure to match the metaphorical shrinking of the world. This could see a real increase in the number of new rail lines being developed, with a corresponding impact on customer choice and the environmental impact of long-distance travel.

In the UK, MTR Elizabeth line is the operator of the Crossrail concession (which will be renamed the Elizabeth line when fully open) and is currently running TfL Rail services between Liverpool Street and Shenfield and Heathrow and Paddington. MTR has operated South Western Railway as a joint venture with First Group since August 2017. Elsewhere in Europe, MTR runs the Stockholm Metro, the Stockholm Pendeltåg commuter railway and provides open-access MTR Express services between Stockholm and Gothenburg.

Green Cargo to continue development of its long-term IT strategy