In February 2020, the UK government forged a 5G partnership with Chinese firm Huawei, which is expected to bolster the cyber infrastructure. While many continue to debate the risks, the rail industry is expected to reap the rewards — and commuters everywhere will be delighted. 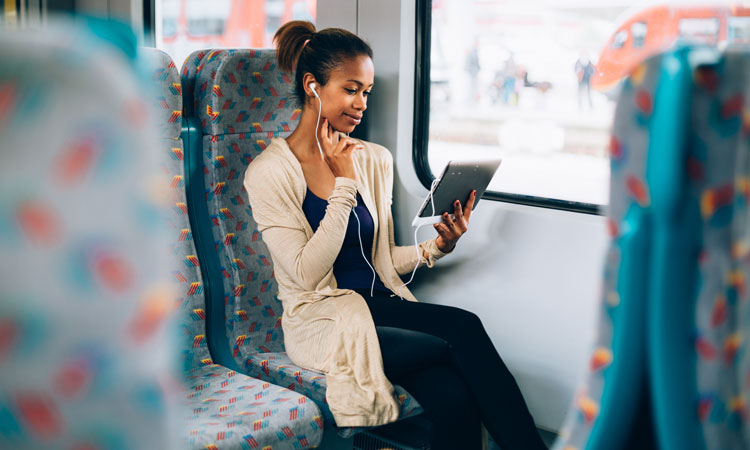 The recent announcement that the British government will push forward with HS2 has led to renewed calls for improved connectivity on the railways. Prime Minister Boris Johnson reiterated the need for the high-speed railway’s connection to northern England, with the updated infrastructure expected to cost between £62 billion and £69 billion.

As many experts claim that the British rail network is living in the Dark Ages on cellular connectivity compared to their European counterparts, just what tactics can be used to enhance our railways?

Will 5G provide the breakthrough the rail industry needs?

5G will make a massive difference to passengers across the country, but a much bigger development could come through the rollout of a trackside network.

In a recent blog post, Jeremy Haskey, Chief Architect at Nomad Digital, explored the trackside network and its importance in offsetting the high costs that are associated with Mobile Network Operator (MNO) data costs.

After researching train-to-ground data supplies, he called for more to be done to support the needs of the rail environment and its future, with an argument that the rail sector’s needs differ vastly from its smartphone-carrying passengers.

While Long Term Evolution (LTE) networks are optimised on the downlink for smartphone users, operational train data – including real-time CCTV images – has a priority for the use of uplinks.

While 5G is going to be all the rage in 2020, experts are already concerned it won’t do enough to sustain the future demand on cellular connectivity – a 2019 report from Deutsche Bahn found that the projected data demand was not likely to sufficiently support the demand for 27GHz. 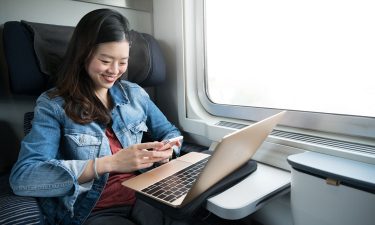 And that’s where the development of trackside networks come into play, with their very high bandwidth connectivity and low latency. With spiralling mobile data costs and an insufficient Wi-Fi network in place, the new technology is expected to improve cellular connectivity across the country.

The passenger and fleet connectivity solutions firm identified a need for a private trackside train-to-ground network, which will afford consumers a faster Wi-Fi experience. The push for high-quality connectivity will be boosted through the network, with router-style boxes being installed along train routes to ensure your passengers stay connected as trains go through tunnels.

A model that will be used to carry the rail network forward is the Future Rail Mobile Communication Systems (FRMCS), which is expected to replace the industry standard wireless connectivity GSM-R technology. FRMCS is expected to utilise 5G mobile technology and will have the ability to transmit, receive and use increasing volumes of data, all geared around sustainable transport.

GSM-R equipment is fast approaching the end of its shelf life and is expected to become obsolete by 2030. The International Union of Railways (UIC) sees FRMCS as the key element to support the digitalisation of railways, while cellular services will maintain their role in connecting the train to the wayside. The technology is currently being finalised and is due for its first trials in 2023, with the wider migration of the service targeted between 2025 and 2035.

All in all, the introduction of 5G will be of huge benefit to the future of British railways. Not only will it provide smartphone users with faster and more reliable connectivity on trains, but it will help the government’s transformation of the infrastructure that will support future generational developments too.

An improvement to end-to-end latency and coverage is just the start though, with the operations around the networks being boosted by real-time developments. Queues at ticket machines can be monitored live, while traffic forecasting through artificial intelligence, marketing customisation and even the wear and tear of axles and technical components will be more easily managed through the technology.

Now really is time to jump on board the 5G wagon and get set for a train revolution.

Repetitive on-board announcements to be removed on trains in England