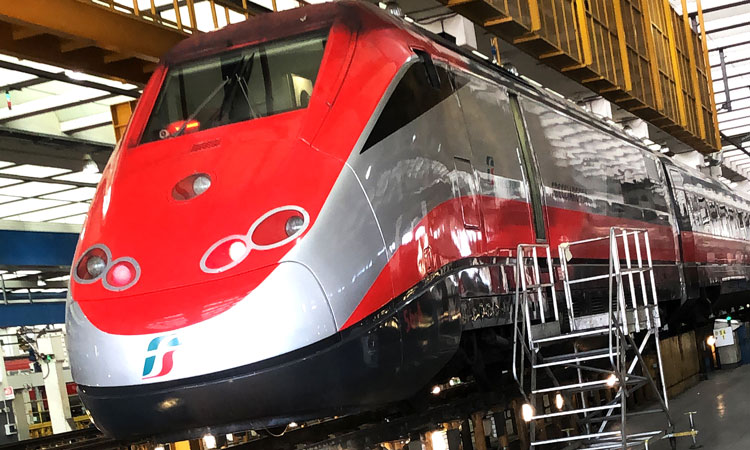 The base order is for six years with an option to extend for a further six years. This is an important step in the ETR500 fleet’s lifecycle as it enables Trenitalia to leverage the benefits of Bombardier’s service excellence acquired during its management of previous logistics and rolling stock maintenance contracts.

“We are very pleased to continue our long-term collaboration with our customer Trenitalia with this new agreement for integrated logistics support services,” said Franco Beretta, President and Managing Director of Bombardier Transportation Italy. “This tailored contract will ensure continuous availability of consumable spare parts and repairable components for the ETR500 Frecciarossa fleet. I would also like to take this opportunity to express my thanks to Italy’s rail industry, especially our Bombardier employees, as they play their part in supporting our nation during these unprecedented times.”

The ETR500 trains are very high-speed electric multiple units and the fleet of 58 trains were manufactured by a consortium of Bombardier, Alstom and AnsaldoBreda. The trains have been in service in Italy since the mid-1990s and they have been operating under Trenitalia’s Frecciarossa brand since 2008. With this new contract, Bombardier will provide approximately 120 different components to Trenitalia within a 48-hour delivery time, including new, repaired and overhauled items. The contract includes critical components such as traction cooling equipment and transformers.

Bombardier Transportation has approximately 700 employees in Italy located at its Vado Ligure production site, Rome signalling site and at service depots throughout the country, as well as a team based at the Rome Fiumicino Airport. Bombardier has extensive experience of delivering high-speed rail technology in Italy, most recently as a leading supplier to the V300ZEFIRO high-speed trains, known in Italy as the Frecciarossa 1000, developed together with Hitachi Rail.