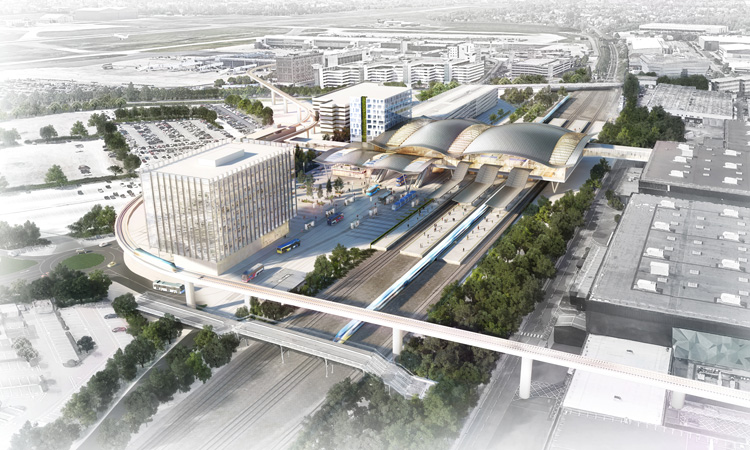 Plans to transform Birmingham International Station into a world-leading, multi-modal transport facility ahead of HS2’s arrival have taken another step forward, after the key parties involved with the project agreed a crucial design stage. Known as ‘GRIP 3 Option Selection’, the design approval enables the project to now move to the next stage of design development.

The designs outline how the current 1970s building will be redeveloped into a new, 15,200m2 international gateway that will be able to accommodate the 16 million passengers a year predicted to use the station within the next 20 years.

The designs also suggest how the station on the West Coast Mainline will bring existing rail together with future high-speed rail, trams, buses, rapid transit, private vehicles, taxis, bicycles and an automated people mover, with seamless connections to Birmingham Airport, the NEC, the HS2 Interchange Station and Birmingham Business Park.

The project is being led by the Urban Growth Company (UGC), the organisation set up by Solihull Council to coordinate and lead infrastructure investment at the UK Central Hub in Solihull. The hub comprises Birmingham Airport, the NEC, Jaguar Land Rover, Birmingham Business Park and Arden Cross, which will be a new mixed-use and residential development site, with the HS2 Interchange Station at its centre.

The milestone completes a busy year for the UGC, which has seen significant progress across a number of strategically important projects. The organisation signed a ‘Construction Framework Agreement’ with HS2 – the first of its kind – which sets out how construction work will be procured by HS2 Ltd on the region’s behalf. The first outcome of this agreement saw £20 million of regional funding being secured to redesign a key traffic roundabout to support planned future growth, above that from HS2 alone. 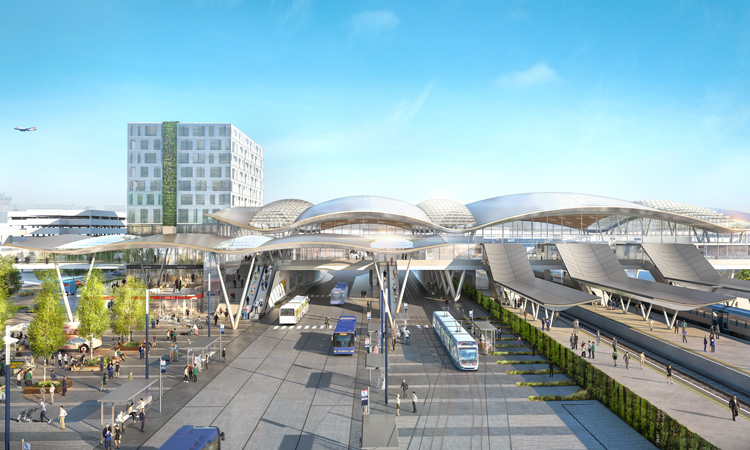 Chairman of the UGC, Nick Brown, said:  “A huge amount of work has been undertaken by all the partners over the last year, in particular, with everyone pulling in the same direction and working towards the same end game. We’ve worked hard to bring together all the partners and agree shared principles. It means we are moving ever closer to our joint goal of greenbelt release and delivering high-quality, sustainable, mixed-use development. That is how we’ll create the jobs, homes, commercial spaces and world-class connectivity the region needs now, more than ever, starting with this Birmingham International Station project.”

Councillor Ian Courts, Leader of Solihull Council, said: “These designs really bring this project to life and show how the hub is being transformed into Europe’s best-connected destination for business, leisure and living. Over 450,000 people will be within a 45-minute public transport commute to the hub, with its vastly improved connectivity and high-value jobs that will be created – that’s before the first high-speed train pulls into the nearby HS2 Interchange Station. Importantly, because of the work we are putting into making sure everything is connected, we will end up with our regional transport network meshing seamlessly to the new HS2 Interchange Station.”

He continued: “This and other schemes will support existing major businesses who have significant growth plans of their own, such as Birmingham Airport, the NEC and Birmingham Business Park.  They also complement the recently-launched Birmingham Airport Connectivity Plan from Midlands Connect, which could significantly increase the number of services using Birmingham International Station.”

Procurement of a design and build contractor is currently underway, with an appointment expected in February 2021.  Construction work is programmed to start after the 2022 Commonwealth Games and will completed by 2026, ahead of HS2’s arrival.