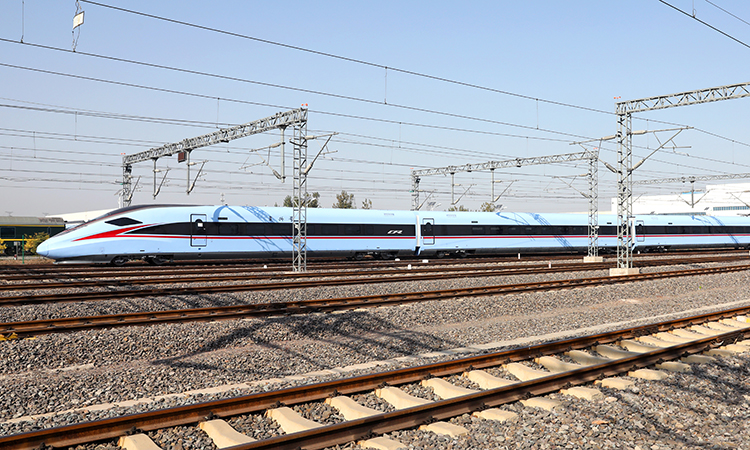 President of Bombardier Transportation China, Jianwei Zhang, said: “We are honoured to have been chosen to supply the new generation of high-speed railway CR300AF trains through our BST joint venture. We sincerely thank CHINA RAILWAY for its trust and CRRC for its support. We will deliver the state-of-art trains at quality, within budget and on time.”

This latest order is BST’s first contract for the new generation of high-speed trains, the CR300AF, which has an operating speed of 250 km/h. Among the 14 trainsets, 10 are for Fujian Fuping Railway Co. Ltd., and the remaining trainsets are for Guangdong Meizhou-Shantou Passenger Dedicated Line Co., Ltd.

BST was first chosen to supply the new Chinese standard high-speed train cars in 2018, and since then has delivered a total of 448 350 km/h CR400AF and CR400AF-A cars to CHINA RAILWAY. This new order reflects the trust and satisfaction that the customer has placed in BST. All 112 cars will be delivered by January 2021.

Bombardier Transportation in China is the full solution provider across the entire value chain. From vehicles and propulsion to services and design, Bombardier Transportation in China has seven joint ventures, six wholly foreign-owned enterprises, and more than 8,000 employees. Together, the joint ventures have delivered 4,600 railway passenger cars, 580 electric locomotives and over 3,000 metro cars, Monorail, APM and trams to China’s growing rail transit markets. It is a major signalling supplier to the Chinese high-speed network and, through its joint ventures, propulsion equipment and signalling systems are utilised in a total of 30 Chinese cities.