The US High Speed Rail Association has announced that Deutsche Bahn (DB) has joined the Association as a Global VIP Member, in order to support bringing high-speed rail to America. 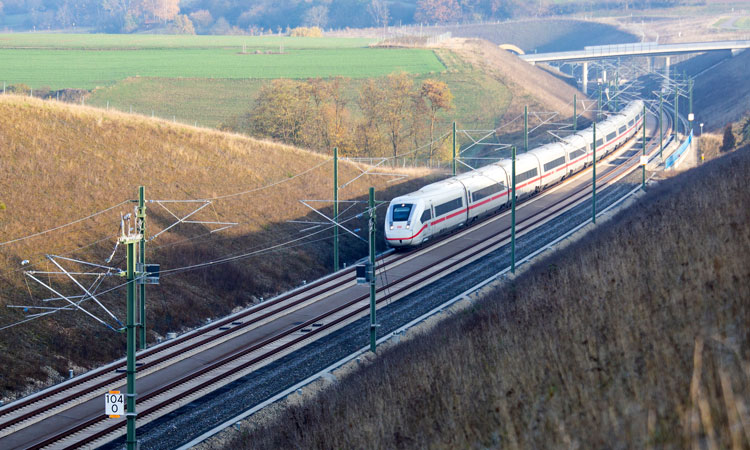 With the new incoming Biden administration, the U.S. is set to rapidly expand high-speed rail.

Biden has promised to expand America’s rail network to make it the “cleanest, safest, and fastest rail system in the world“. And with nationwide investment, he plans to “spark the second great railroad revolution” and build new high-speed rail projects all across America as part of a major jobs stimulus.

US High Speed Rail Association (USHSR) President, Andy Kunz, said: “We’re proud to welcome DB to USHSR. DB has proven to be one of the world’s leading high-speed rail operators, and has decades of experience with providing world-class service. We welcome DB’s expertise and participation in the U.S. high-speed rail market, especially now that it’s about to take off.”

DB is the German national railway company, headquartered in Berlin, that runs both passenger and freight trains. DB is the second-largest transport company in the world, (after the German postal and logistics company Deutsche Post / DHL), and is the largest railway operator and infrastructure owner in Europe. DB was the largest railway company in the world by revenue in 2015, and carries approximately two billion passengers annually. With both their trains and bus operations, DB transport companies carried around 4.4 billion passengers in 2016. In 2016, DB logistics companies transported 277 million tonnes of goods in rail freight transport.

The mission of the USHSR is to build widespread public, business and political support for a major investment in a national high-speed rail network.

Deutsche Bahn has the expertise and backing to assist the mission of bringing 21st century transportation to America. With multiple high-speed rail projects under construction in America and more set to start, the USHSR believes high-speed rail’s time has finally come in America.