The United Wagon Company has been successful in its tender to supply the freight cars to Mongolia, beating six other competing companies. 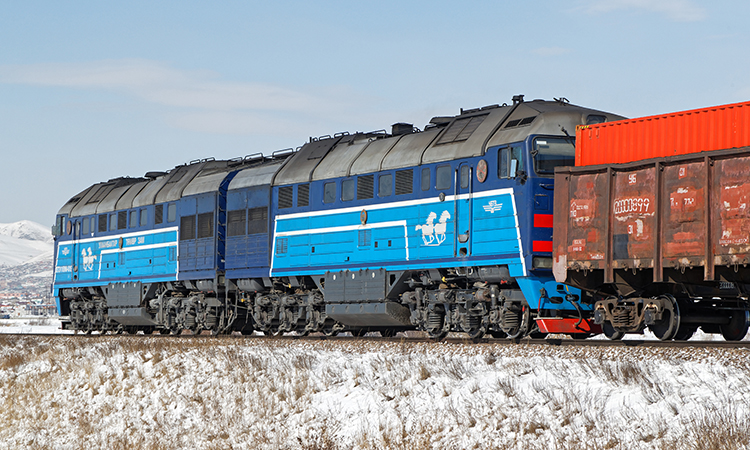 The United Wagon Company (UWC) has announced that it has won an international tender to supply Mongolia with 810 high-capacity gondola cars. Six companies, including Chinese manufacturers, competed for the right to supply the freight cars.

For the first time in the history of the Russian railcar building industry, its rolling stock – equipped with 25-tonne axle load bogies – will be operated on the Mongolian railway network, which uses 1520mm gauge.

In terms of its overall specifications, the 12-9853 gondola car produced by the Tikhvin Freight Car Building Plant (part of UWC) was recognised as the best among the bids. As a result, UWC has signed a contract with Bodi International LLC – one of Mongolia’s leading groups of companies in finance and banking, real estate and construction, infrastructure and mining industries.

The first batch of 100 wagons will be sent to Mongolia in 2021. The freight cars will be used to transport coal from one of the world’s largest deposits, Tavan Tolgoi in Mongolia, to China.

Entry into the Mongolian rail transportation market will not only diversify the sales geography and contribute to keeping UWC’s production facilities busy, but will also help to reduce the company’s dependence on fluctuations in demand for gondola cars in the Russian domestic market.

Andrey Krivchenkov, Executive Director at the United Wagon Company, said: “The growth of our export capacity shows that UWC is recognised as a supplier of quality rolling stock not only in the domestic market, but also internationally. Bodi International is a large company with a strong investment portfolio. We are very pleased to start our cooperation and look forward to developing it further.”

As reported by Mongolia’s National Statistics Committee, the country’s railway shipments rose to 27.5 million tonnes, or by 7.3 per cent, in the first 11 months of 2020, when compared to the same period in 2019. The growth was attributed to increased export shipments, particularly to China, and a rise in transit traffic.

Industry experts believe investments currently channelled into the development of coal and iron ore deposits in Mongolia spur the development of railway projects in the medium term, including those related to procurement of freight rolling stock.

The conventional gondola car, Model 12-9853, was developed by the All-Union Research and Development Centre for Transportation Technology, a member entity of the UWC Group. The gondola car has a load capacity of 75 tonnes and a body volume of 92m3, so that it can carry cargo within a wide range of densities and is able to accommodate up to 10 per cent more freight compared with similar cars available on the market.

A significant competitive advantage of this gondola car is that it uses 18-9855 bogies with an axle load of 25 tonnes. The use of innovative running gear improves the operational reliability of the car, significantly extends its maintenance interval and reduces the car’s life-cycle costs. The service life of the gondola car, Model 12-9853, is 32 years.