Worn-out wind turbine blades destined for the incinerator will instead be used to create carbon-friendly reinforced concrete on Britain’s new high-speed rail network. 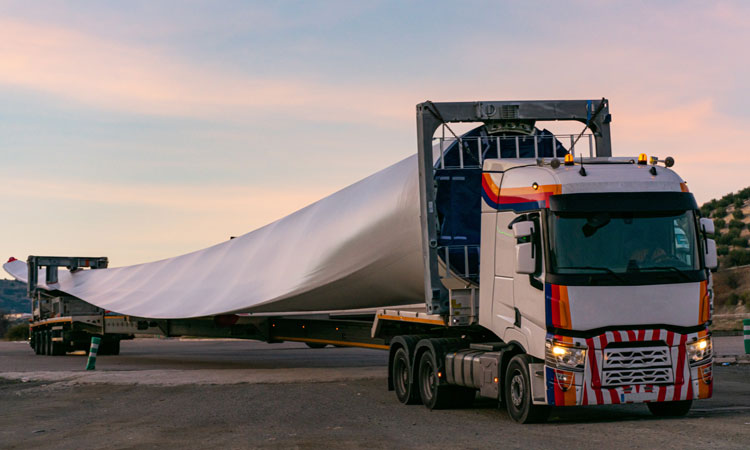 Believed to be a world-first, the innovative project will swap steel rebar, traditionally used to reinforce concrete, with sections of glass fibre reinforced polymer turbine blades that have reached the end of their operational lives generating low carbon electricity.

By 2023, approximately 15,000 turbine blades will have been decommissioned across the UK and EU. Until now, expired blades have either been ground down to be used as building materials or sent to energy-from-waste incinerators.

The project will take suitable sections cut from decommissioned wind turbine blades and used to reinforce concrete instead of steel rebar.

Substituting steel for sections of retired wind turbine blades cuts by up to 90 per cent the carbon generated by concrete reinforcement.

HS2 Ltd Innovation Manager, Rob Cairns, said: “Reusing old turbine blades reduces waste, cuts demand for new steel and reduces the carbon generated during the production of concrete. This scheme is a brilliant example of the innovation happening on the whole HS2 project. If our world-first pilot project goes well, we could see a waste product from the energy industry becoming an essential material for the construction sector in the future.”

Skanska Costain STRABAG Joint Venture’s innovation manger Harrison O’Hara said: “Wind turbine blades are extremely difficult to recycle. Ideas of what to do with them after they’re taken down range from turning them into playground slides to processing them into pellets for glues and paints. What’s potentially so significant about this innovation is that unlike some other turbine blade recycling initiatives, which involve reprocessing, our innovation reinforces concrete with sections simply cut from the turbines – massively reducing the carbon produced in repurposing the blades.”

Graeme Jeremy, Head of Construction and Infrastructure at the NCC, added: “We’re looking forward to supporting this project. Composite materials offer huge benefits to a number of different industries, and finding new, sustainable uses for them as they are decommissioned from their first life is a challenge we’re finding solutions for all the time.”

With the innovation at an early stage, reuse will focus on swapping steel for turbine blades in low stress structures such as temporary access roads, top sections of concrete walls and ground bearing plinths – like those on which a portacabin might sit.

Work on the proof of concept pilot is due to start in Spring 2021 and, if successful, could be followed by a full roll out across Skanska Costain STRABAG joint venture’s route, consisting of HS2’s London tunnels between the M25 motorway and Euston station.