With the investment coming from the UK government’s Restoring Your Railway Fund, the line between Exeter and Okehampton will be re-opened to passengers all year round, instead of just during the summer. 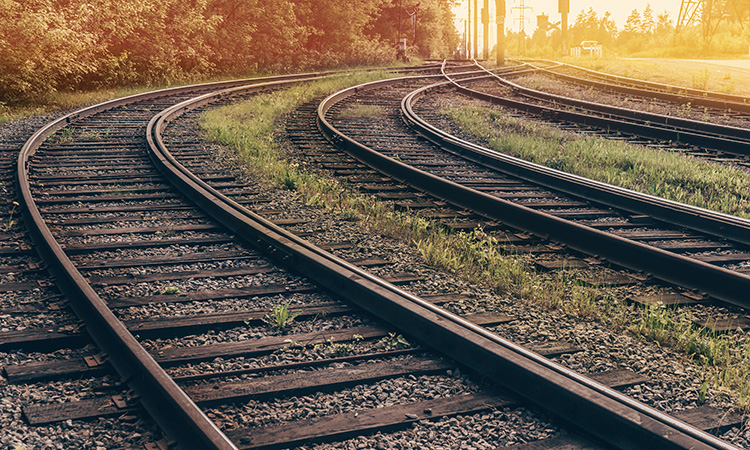 Regular passenger services are set to be restored on a popular railway line in the south-west of England for the first time in almost 50 years thanks to £40.5 million of investment, the UK government has announced.

The Department for Transport (DfT), Network Rail and Great Western Railway (GWR) are working together to reopen the Dartmoor line between Exeter and Okehampton to passengers all year round. Since 1997, the line has only been open during the summer after a regular service was withdrawn in 1972.

A service will initially run every two hours from late 2021, with the expectation that it will increase to an hourly service towards the end of 2022. This will benefit students heading to colleges in Exeter, as well as tourists travelling in the other direction towards Okehampton for Dartmoor, easing congestion on local roads.

This is the first project to see services restored under the government’s Restoring Your Railway Fund, which was launched in January 2020 to reinstate axed local services and restore closed stations. The fund is focused on delivering schemes that can level up the country, reinvigorating high streets, reconnecting cut-off communities and boosting opportunity across the country.

The UK government has also announced £37.4 million of funding for the critical third phase of works to improve resilience on the coastal railway between Holcombe and Dawlish. This is in addition to a £341 million package of rail enhancements already committed across the south-west.

The UK Prime Minister, Boris Johnson, said: “Restoring the connections between our communities and building new ones is key to unlocking our nation’s potential and levelling up across the UK. The massive investment that we are making into the railways of the south-west will quite literally lay the tracks to more jobs, tourism and opportunities across the region.”

Grant Shapps, the UK’s Transport Secretary, said: “The return of all-year services to the picturesque Dartmoor line for the first time in half a century is a milestone moment in our efforts to restore our railways. Reversing lost railway connections breathes new life into our high streets; drives tourism and investment in businesses and housing; and opens new opportunities for work and education.”

The UK Rail Minister, Chris Heaton-Harris, said: “Building on vital new investment to protect the coastal railway between Holcombe and Dawlish and a host of upgrades and new stations, we’re delivering on our ambitious plans in Devon and Cornwall. This funding will provide passengers with reliable, punctual journeys and improve connections between communities as we build back better from coronavirus.”

Network Rail is set to begin work in summer 2021 on a rockfall shelter and netting to address instability on an area of steep, high cliffs to the north of Parson’s Tunnel, between Holcombe and Dawlish.

This is part of the South West Rail Resilience Programme to create a more resilient railway after storms caused significant damage to the line in 2014, closing the railway for eight weeks and severing the south-west peninsula from the rest of the network.

Phase 1 of the programme – to build a new £80 million seawall on the seafront west of Dawlish Station to protect 360m of railway and homes behind it – was completed in July 2020 and opened by the Rail Minister in September 2020.

Work on the second phase of the new seawall – to extend it a further 415m eastwards from Colonnades to Coastguards – began in November 2020, with support from an innovative eight-legged jack-up barge, known as a ‘Wavewalker’. Work is ongoing and is expected to be completed by 2023.

Exeter College Principal and Chief Executive, John Laramy CBE, said: “The return of the Okehampton to Exeter rail line full-time is great news for the region as we look to build connectivity across the south-west. As we all know, enhanced connectivity is a key driver for productivity, and this development will open up new opportunities to support the growth of our economy within this area. We have students study with us from across the south-west region, and another rail route into the heart of Exeter can only be a good thing, not only for learners themselves, but also for the city of Exeter.”

Pamela Woods, Chair of Dartmoor National Park Authority, said: “Opening up the line to Dartmoor with a regular train service is very much welcome as we celebrate our 70th year as a national park. Providing a sustainable route to access Dartmoor via regular rail links supports our green travel strategy, reduces congestion and provides a more accessible way for all to enjoy the national park. We are looking forward to working with GWR to provide visitor information at Okehampton station to make the most of the opportunities that this presents to support our tourism businesses and the local economy.”

The news comes on top of £341 million of investment for rail enhancements that have already been announced in the south-west, including:

Darren Caplan, Chief Executive of the Railway Industry Association (RIA), said: “It is encouraging to see the planned restoration of the Dartmoor Line’s rail services, as the first project that will be completed from the ‘Restoring Your Railway’ Programme, and as the first scheme to incorporate the principles of Rail Project SPEED, the initiative to deliver rail projects more quickly and cost-effectively. The rail industry still faces a lack of certainty over rail enhancement projects, so we urgently ask the government to publish its list of rail enhancement upgrades to provide much-needed visibility to the industry, helping it support the ‘build back better’ agenda.”