Metrolink has received $59,000 to fund an outreach campaign to deter suicides on its network through training, public engagement and awareness. 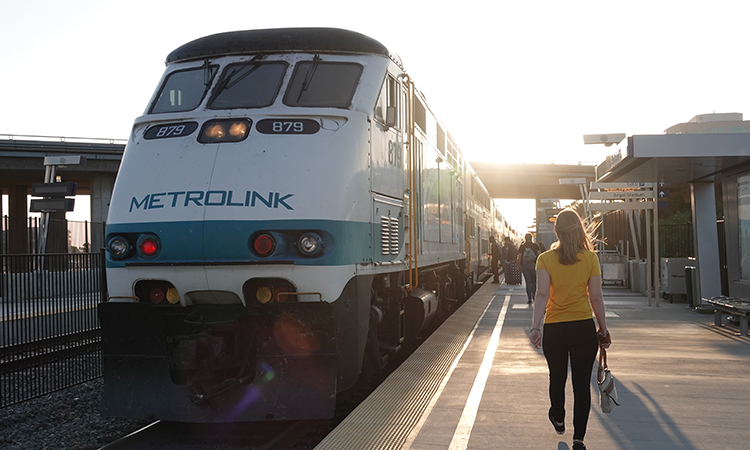 Metrolink has announced that it has been awarded a $59,000 grant from the U.S. Department of Transportation’s (USDOT) Federal Railroad Administration (FRA) to address the issue of suicides along its system through outreach and training with key railroad staff, first responders and community members.

According to Metrolink’s internal safety records, 40 per cent of Metrolink pedestrian train strikes between 2017 and 2019 were caused by people wanting to end their lives. The new grant funds an outreach campaign to deter suicides through training, public engagement and awareness at four identified ‘hotspots’ in:

From 2017-2019, there were 93 incidents of train strikes against a person. Of that number, 37 were declared suicide by the local county coroner after investigation. Due to the nature of suicide investigations, the actual number of suicides might be higher.

An ongoing crisis of homelessness results in people living alongside railroad rights of way, putting them very near trains passing by, sometimes at speeds of 70mph. Research indicates that availability of a means of death is a major factor in suicide and, in the case of homeless encampments near tracks, trains become the means.

“Metrolink is eager to work with law enforcement and community groups to help in any way that we can to educate individuals and homeless encampments about the options that are available to them,” said Metrolink‘s CEO, Stephanie Wiggins. “This grant is a force multiplier for our efforts to keep people safe in the vicinity of our tracks.”

The grant is part of the Suicide Prevention Project funded by the FRA’s Railroad Trespassing Suicide Prevention Grant Program. It will be directed by a steering committee, with Metrolink staff working closely with a team of psychologists from the University of Denver Transportation Research Center, who are skilled in training mental health professionals and working with the transportation industry. The project will last a total of 12 months.