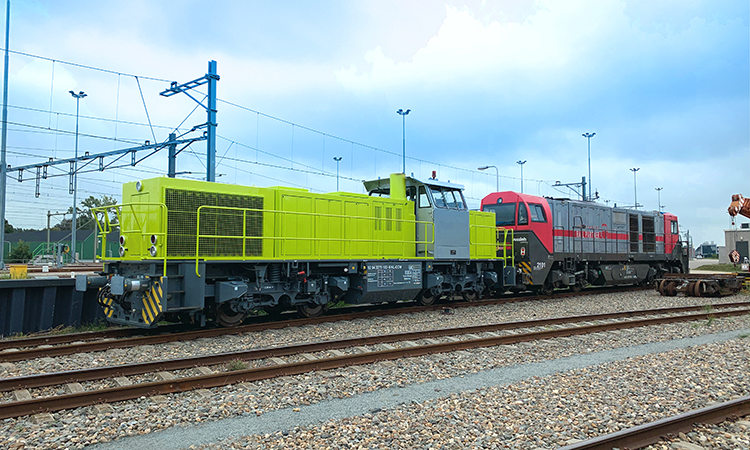 Alpha Trains has announced that 77 of its locomotives will be upgraded to the European Train Control System (ETCS) Baseline (BL) 3 Release 2.

Alpha Trains has contracted Alstom/Bombardier Transportation for the implementation of the upgrade for the Traxx locomotives. The upgrade to ETCS Baseline 3 Release 2 for the 22 Vossloh locomotives will be carried out by Alstom Belgium.

“Upgrading our locomotives to ETCS Baseline 3 Release 2 marks an important milestone for our locomotive business. Supported by the European Union, we are developing the prototypes for upgrading Vossloh G1206 and G2000 to the new standard. As the first mover in Continental Europe’s rail leasing sector, we have one vision: to ease passenger and freight transport in Europe, to enable modal shift from road to rail and to play an active role for a better and greener future”, said Shaun Mills, CEO of the Alpha Trains Group.

ETCS is the core signalling and train control component of the European Rail Traffic Management System (ERTMS). The new ETCS BL 3 Release 2 standard enables permanent communication between the vehicle and the tracks. The train drivers receive driving commands – such as permitted speed, target speed and distance – on their display and not via signals on the track.

ETCS BL 3 provides clear competitive advantages for Alpha Trains’ customers. It enables cross border interoperability and reduces infrastructure costs through the replacement of national safety systems. More than 20 different train control-command systems which are currently in use in Europe will be replaced by a single harmonised system.

The European-wide standardisation of railway security systems for cross-border transport makes passenger and freight transport easier and even more attractive and, in this way, enables modal shift from road to rail. In addition, it safeguards the competitiveness and sustainability of the rail network and reduces CO2 emissions.

The upgrade of the Traxx, G1206 and G2000 locomotives is part of the Dutch ERTMS programme and is co-financed by the Connecting Europe Facility (CEF) of the European Union (EU), which is an EU programme from the European Climate, Infrastructure and Environment Executive Agency (CINEA).

ERTMS is an initiative backed by the EU to make rail transport safer and more competitive by creating a single EU-wide standard for train control and command systems.