The Community of European Railway and Infrastructure Companies (CER) has announced the publication of its latest Position Papers ‘Boosting ERTMS deployment’ and ‘The revision of TEN-T Regulation 1315/2013’, highlighting the key issues if rail is to become the green transport mode of choice. 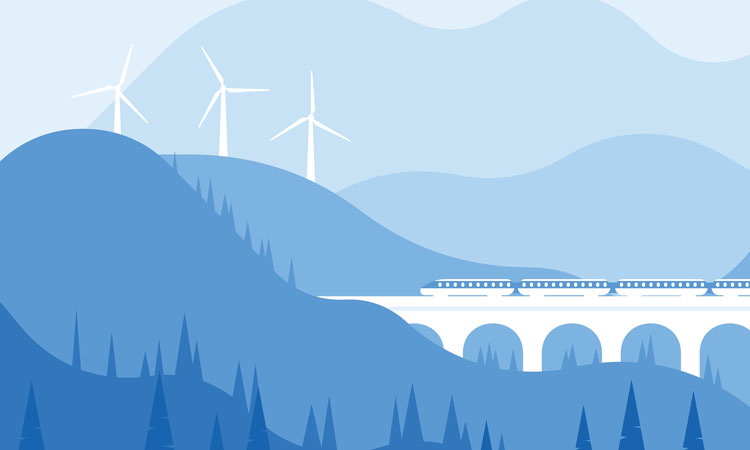 The Community of European Railway and Infrastructure Companies (CER) has published its latest Position Papers ‘Boosting ERTMS deployment’ and ‘The revision of TEN-T Regulation 1315/2013’ which highlight the key issues at stake on both fronts if rail is to become the green transport mode of choice.

The CER position on ERTMS states clearly that ERTMS deployment must be supported with sufficient funding and financing, and that strong and centralised EU-level ERTMS governance is needed, governing funding, National Implementation Plans (NIP), resourcing, market uptake, migration and transition. With significant investments needed for its broad deployment, ERTMS is the enabler for further digitisation of rail, bringing better and new business opportunities. This is essential to attract more passenger and freight traffic to rail and bring down Europe’s transport emissions to meet the Green Deal target of a 90 per cent reduction by 2050.

Equally important to achieve European Green Deal ambitions is the timely and necessary revision of the TEN-T Regulation. The TEN-T Regulation must promote climate-friendly alternatives such as rail. In its recently published Position Paper on TEN-T CER asserts that the promotion of a European high-speed rail network that is interoperable, linking European capitals and major cities, connecting urban nodes and airports, and supporting the development of international passenger services is crucial to achieve the climate change targets.

CER welcomes the current revision of TEN-T Regulation 1315/2013 in December 2021 and calls for provisions to be included to improve the cooperation between the governing bodies of Rail Freight Corridors (RFCs) and Core Network Corridors (CNCs), to allow the identification of the investment priorities of the CNC work plans in a way that considers market needs and the presence of rail infrastructure gaps and bottleneck.

CER also supports the inclusion of requirements for facilitating the operation of trains with a P/C 400 loading gauge in the TEN-T Regulation under certain conditions such as market needs and high prioritisation and funds. Regarding the possible introduction of minimum speed of passenger traffic, CER considers that the implementation of a 160km/h minimum speed limit for passenger trains will not always be feasible. Instead, it must first be assessed whether there is a market need for this requirement.

Finally, urban nodes are not sufficiently integrated in the current TEN-T Network. In addition, a significant number of last-mile infrastructure for freight and multimodal connections for passengers are missing, and the revision of the Regulation is a unique opportunity to redress the present situation. Especially, smooth connections to ports and airports are essential both in Europe and in third countries. Integrated and effective connections between sea gates and rail corridors in their hinterlands and forelands are needed.

CER Executive Director, Alberto Mazzola, stated: “An accelerated ERTMS rollout is vital for the modal shift envisaged in the Green Deal, under the precondition of suitable funding and financing options in place. CER strongly believes in the need for an industrialisation of ERTMS to tackle the existing bottlenecks with ERTMS deployment. The revision of the TEN-T regulation, which must promote climate friendly alternatives like rail, is equally essential if the ambitious target of ensuring a 90 per cent reduction in transport emissions by 2050 is to be met.”

The Position Papers are available here.