Alstom have been awarded a £69 million contract by Network Rail that involves new signalling, infrastructure, and control technology. 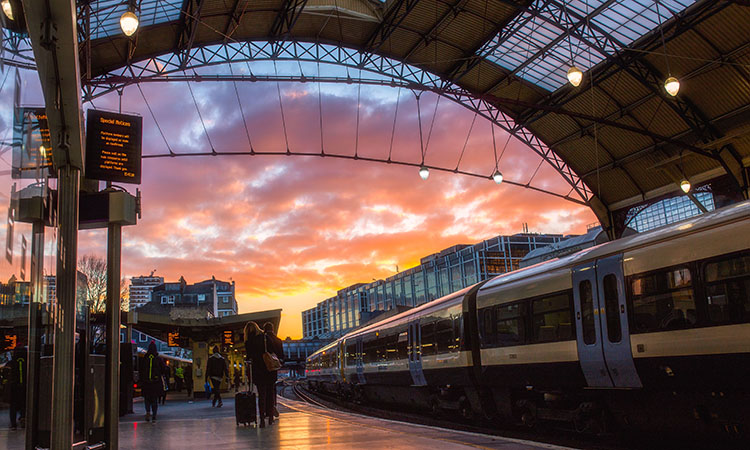 Alstom has been awarded a £69 million signalling contract by Network Rail to deliver Phase 5 of the Victoria Area Re-signalling Programme. Victoria Phase 5 is part of Network Rail’s four-year package of upgrades to modernise 1980s track and signalling on the lines into London Victoria station.

The announcement for the delivery stages (GRIP 5-8) of Victoria Phase 5 follows the success of the £37 million Phase 4, awarded in March 2021, which is already setting a high standard with most of the civils work already commenced. Phase 5 will see Alstom providing vital signalling upgrades in the London Victoria area over three years, with this phase going live in December 2024. New technology will deliver a more reliable, lower cost and easier to maintain system, bringing greater efficiencies and improvements to help keep passengers and freight services moving. The works will particularly benefit passengers and freight services travelling between Battersea, Brixton, Herne Hill and the Catford loop by improving service reliability on the network.

“The improvements Alstom bring through Victoria 5, when combined with our existing Victoria 4 project, means that we can continue to realise our commitments in the Major Signalling Framework Agreement (MSFA),” Jason Baldock, Managing Director of Digital and Integrated Solutions for Alstom, said. “Our one team, collaborative and trusted relationship with Network Rail, allows us to openly share lessons learned and returns on experiences from one project to the other; enabling an efficient and cost-effective programme for Network Rail, while deploying the latest in digital technologies”

“The award of this GRIP 5-8 contract for Victoria Phase 5, the next major phase of the wider Victoria Area Re-signalling Programme, marks both the end and beginning chapters of an enormous effort by the joint Network Rail and Alstom teams,” Jamie Foster, Senior Programme Manager at Network Rail said. “I look forward to continuing to be a part of shared successes and to further witness the teams continual growth and development, with the ultimate goal of celebrating the benefits the passengers will see upon completion of the scheme early in 2025.”

An overview of phase 5 of the Victoria Area Re-signalling Programme can be found below. 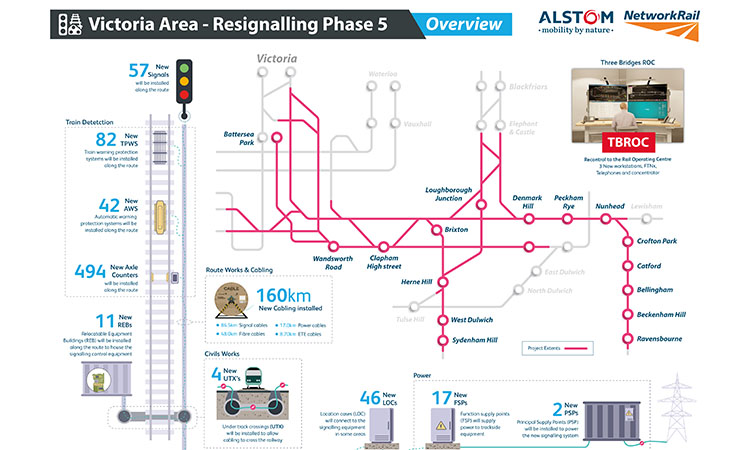