CargoBeamer has announced that their first wagon production site, in central Germany’s Erfurt, will produce 500 units per year from early 2023. 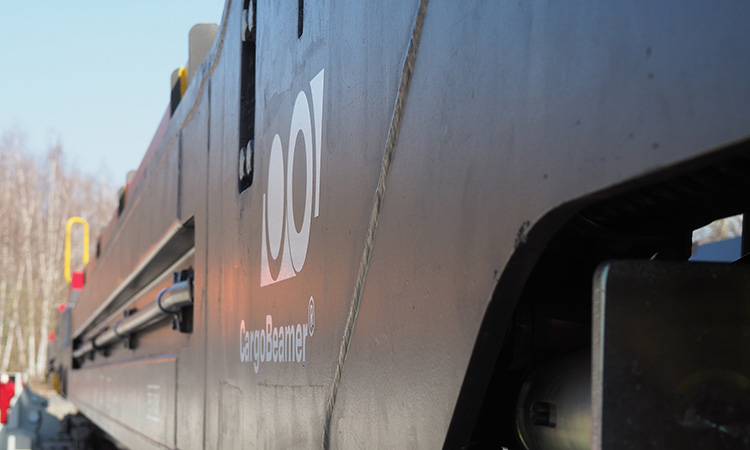 CargoBeamer has announced it is entering the production of intermodal wagons. In Central Germany’s Erfurt, the company will open a facility to produce CargoBeamer’s proprietary freight cars. At the site, which was used to manufacture locomotives in the 20th century, the final assembly of the wagons will initially take place. After a short ramp-up phase, about 500 wagons are to be produced annually from early 2023.

Until the start of production, the 3,000 square metre production facility will be modernised, including energy-efficient renovation of the roof and reactivation of an existing rail connection. Initially, around 15 people will be employed in Erfurt, with the headcount expected to grow to around 50 employees in the medium term.

The proprietary wagons are designed for the intermodal transport of semi-trailers and other loading units by rail. Its construction of a steel frame and a loading pallet enables horizontal, parallel, and automated loading of all kinds of loading units in a CargoBeamer terminal. While no additional conversations are needed on the clients’ trailers, transportation on rail means reducing carbon emissions by about 80 per cent compared to covering the same distance by road. Furthermore, the craneable loading pallet allows CargoBeamer trains to be handled in any conventional crane terminal, where the pallet and transport unit are lifted off the train together.

“In recent months, we have discovered that production capacities for intermodal wagons in Europe are no longer sufficient for our plans and have therefore decided to carry out the final assembly of our freight cars ourselves,” Philipp Aubert, Managing Director of CargoBeamer Rolling Stock GmbH, said. “For CargoBeamer, where we are rapidly growing into an international company with locations and employees in a wide range of European countries, it is a particular pleasure to bring parts of the wagon production back to Germany and to strengthen the regional economic power in Central Germany by opening this site in Erfurt.”

Q&A with Alexander Burrows of BCRRE – Positivity in rail