Renfe is going to invest more than €11 million in the remodelling of 14 Alvia S-730 trains, improving the interior design and comfort of passengers inside the trains. 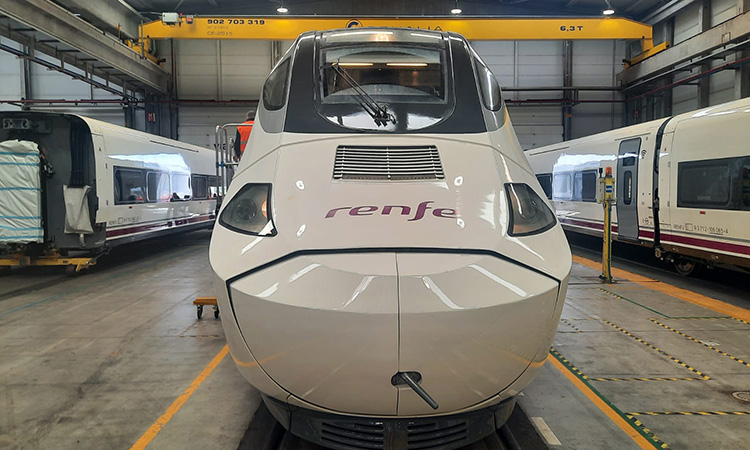 Renfe has announced it will be carrying out remodelling work on the Alvias of the 730 series, hybrids, high-speed and variable width. These trains, originally manufactured by Talgo, are being remodelled by Talgo itself at its factory in Las Matas (Las Rozas, Madrid). The works will allow a complete renovation of the interior design and comfort of the trains.

The improvements inside the train include changing the current floor carpeting to flotex, and the upholstery of the seats to leather (similar to the S-106); the placement of cartelas on the luggage racks; the aesthetic improvement of toilets; and the replacement of exterior and interior teleindicators, and the current lighting with LED in the cafeteria car, lobbies, reading lights and passenger lounges. There will also be improvements to the exterior paint of the trains.

The 730 series Alvias are hybrid trains, with both diesel and electric traction technology. This train model also has a sliding rolling system, a feature that allows it to run both on international gauge tracks (High Speed ​​Line) and on conventional gauge tracks.

The signalling systems it incorporates (ERTMS, LZB and digital ASFA) guarantee interoperability throughout the Spanish railway network and complete the technical framework of one of the most versatile high-speed trains in the world.