Network Rail have used more than £2 million of funding to remove graffiti from railway infrastructure in hotspot areas. 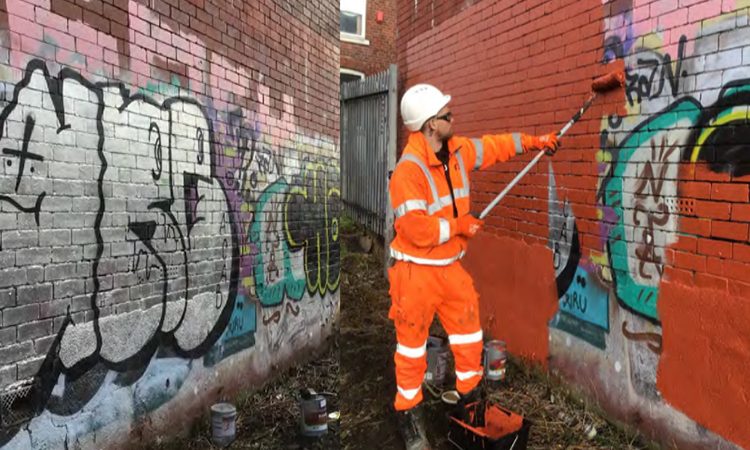 Network Rail teams across the country have been working to freshen up Britain’s railway, with more than £2 million of funding being used to target the removal of graffiti which blights infrastructure. The additional funding has been distributed to each of Network Rail’s routes to help remove graffiti from railway infrastructure in hotspot areas.

“We have a wonderful and historic railway in Britain with engineering marvels spanning back to Victorian times, but all too often it is blighted by unsightly graffiti and vandalism which is an eyesore for our passengers and railway neighbours,” Andrew Haines, Chief Executive of Network Rail, said. “Our teams have been working extremely hard to remove graffiti and to make the railway more inviting. This is no easy task and cannot be done overnight but I know that this investment will make a real difference to communities and our passengers across the country”

More than 450 sites have been cleared of graffiti in the South East along with high-profile sites such as the Hungerford Bridge and the Bermondsey dive-under in London. Heavily graffiti-tagged infrastructure across Bristol and Keynsham are among the dozens of areas which have been targeted in the South West.

In the West Midlands, thousands of tags have been removed across the region, most recently from routes in and out of Birmingham New Street station, in the Stechford and Sutton Park areas, and from railway-owned walls and buildings in Birmingham city centre.

In the East Midlands, residents of Melton Mowbray are enjoying a more pleasant route over the railway following the removal of graffiti on a footbridge and unsightly tags have also been removed by Network Rail’s graffiti hit squads across Manchester, Liverpool and Leeds; notably at Burley Park station and through Ashton Road Tunnel in Wigan.

Graffiti is an expensive and dangerous problem for the railway. Not only are the costs in removing it significant, but those trespassing on the railway risk tragic consequences or life-changing injuries.