The Berner Oberland-Bahnen believe the new units will further encourage the shift from road to rail when they debut in 2025. 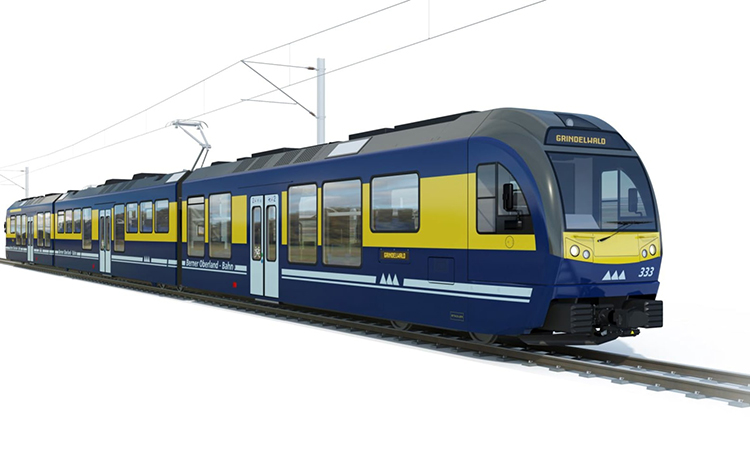 The Berner Oberland-Bahnen AG (BOB) have announced that they are procuring six new, three-car ABeh 4/8 multiple units. With the new multiple units, the offer of the Bernese Oberland Railway will be further expanded, and an even more attractive public transport connection will be created in the two Lütschinen valleys. This is intended to further promote the shift from road to rail, relieving the roads in the Lütschinen valleys of excursion traffic. The new multiple units are to be used from winter 2025, meaning that from this point in time only rolling stock with low-floor entrances will run. The total costs amount to CHf66 million.

In order to relieve the traffic situation in the two Lütschinen valleys, an expansion of the Bernese Oberland Railway is also planned with the aim of transporting guests arriving by car from Matten by public transport. In order to further improve the attractiveness of the public transport connection, the existing regular service of the Bernese Oberland Railway will be supplemented with additional trains.

The six new ABeh 4/8 multiple units are being developed and supplied by Stadler Bussnang AG. They complement the existing rolling stock of the Bernese Oberland Railway and can be operated in combination with it. The new multiple units are largely based on the multiple units and control cars that have been in service since 2017. They will have identical parts with these, especially in the area of ​​chassis and interior fittings, which considerably simplifies maintenance. However, the new multiple units will have new door systems with sliding steps and will be air-conditioned.

The new multiple units will each have 140 seats – 280 seats are available in a double traction. Generous multifunctional compartments for skis and snowboards, or bicycles or baby buggies are realized on both sides of the entrances, which, together with the wide low-floor entrances, also enable rapid entry and exit. The total cost of procuring the six ABeh 4/8 multiple units, including spare parts, is CHf66 million.

After completion of the procurement, the BOB will only be able to be operated with modern material with low-floor entrances. The high floor rolling stock from the 1970s and 1980s will be discarded or sold. Only the recently modernised railcars are kept as a traction reserve.