Network Rail’s Rail Innovation and Development Centre has carried out its first testing of a train retrofitted with European Train Control System equipment. 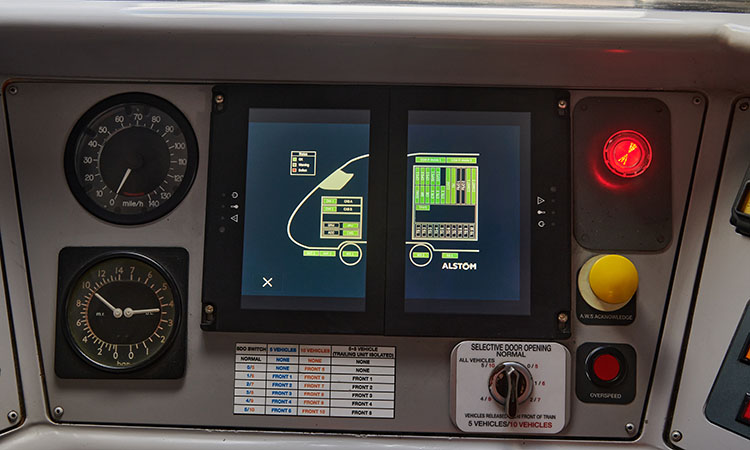 The onboard ETCS system fitted to the Class 180. Credit: Network Rail

Network Rail’s state of the art Rail Innovation and Development Centre (RIDC) has carried out its first testing of a train retrofitted with onboard digital signalling equipment. The Class 180 train, owned by Angel Trains and operated by Grand Central, has been retrofitted with European Train Control System (ETCS) equipment to enable operation with digital signalling. This has been made possible by the recent upgrading of the RIDC facility in Melton Mowbray to enable testing of trains fitted with ETCS technology.

Following the upgrade, First in Class (FiC) ETCS trains can undergo dynamic testing to support the approval and authorisation process for operation on the GB rail network. This will enable the readiness of all trains for the Government funded East Coast Digital Programme (ECDP), which will ultimately see traditional signals removed from the tracks on the southern part of the East Coast Main Line.

The Class 180 arrived at RIDC in April 2022. Alstom, supported by partners at Network Rail, Grand Central and Angel Trains, completed FiC testing and accumulated endurance running to prove the reliability of the Alstom ATLAS 2 ETCS onboard system. The trackside ETCS system installed at RIDC has also been delivered by Alstom’s expert signalling team in the UK.

Alstom’s Onboard ETCS system fitted to the Class 180 is the first onboard system tested at RIDC that is compliant with ETCS standard Baseline 3 Release 2 (required standard for ECDP roll out). The onboard system is the first to support Packet 44, which enables operation with GB specifics such as miles per hour. This is a major milestone achievement by the project team. The teams are currently reviewing the results from the testing and undertaking detailed planning for the next steps toward supporting full ETCS operation on the East Coast Main Line in the near future. 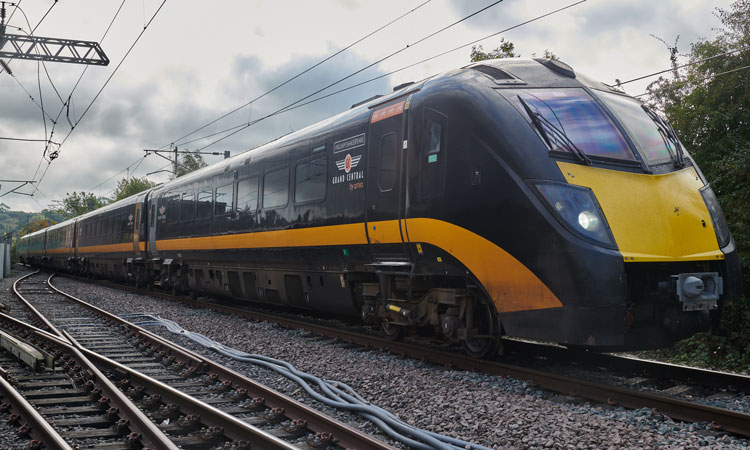 “The availability of RIDC to commence the testing of the first retrofitted train is a key corner stone in GB digital capability and the network master plan,” Toufic Machnouk, Director of Industry Partnership for Digital Railway at Network Rail, said. “It provided the proving ground for ETCS trains that will enable the migration to ETCS operations on the network.  This is a national capability for the industry that will serve the ECDP as the vanguard scheme and the broader application of digital signalling technology in this country.”

“We have now tested in the UK the most up-to-date ETCS Onboard technology at the state-of-the-art RIDC Melton test track, which has also been delivered by an Alstom team,” Jason Baldock, Managing Director of Digital & Integrated Systems (D&IS) UK for Alstom said.  “This is a huge step forward for the future roll-out of ETCS in the UK and is a testament to the hard work and collaboration of the participating businesses in delivering this technologically challenging project.”

“This is an exciting milestone for Alstom, our Class 180 trains, and the future roll-out of ETCSs across the country,” Richard Morris, ETCS Project Manager at Angel Trains, said. “We are proud to have supported this project and look forward to working alongside our industry partners to continue to innovate the UK rail industry.”

“Grand Central Rail is delighted to have supported the development and testing of the ETCS System on the C180 FiC train as it represents a major milestone for the ECDP, bringing us a step closer to operating in ETCS Level 2 (L-2),” Sean English, Chief Operating Officer of Grand Central Rail, said. “The Grand Central team are looking forward to placing into use the FiC train in L-NTC, which will allow us to understand the reliability of the system, thus paving the way for a smooth transition to ETCS L-2 operations.”