DB Cargo UK have launched a safety campaign that empowers workers to intervene and stop any activity that they feel to be unsafe. 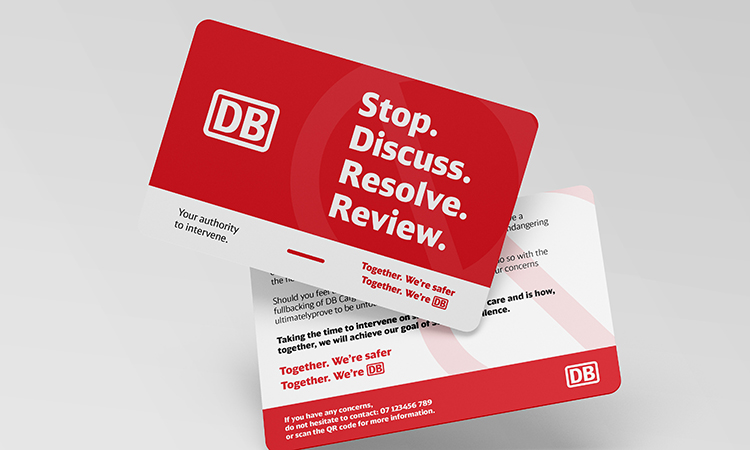 DB Cargo UK have launched a major new campaign called ‘Together. We’re Safer. Together. We’re DB’, the campaign explicitly empowers the company’s 2,200 colleagues to intervene and stop any activity that they see, or even just feel, may be unsafe.

The campaign is part of an ongoing drive in the company to deliver safety excellence across all its operations. It has been launched following a series of in-depth, internal focus groups held in 2021- the biggest and most in-depth piece of safety-related research undertaken by the company.

Every colleague has been issued with a safety intervention card which gives them the authority, backed by the UK Management Board, to step in and challenge any activity or instruction they believe is unsafe, whether that activity is being undertaken by a colleague, a customer, or contractor. Colleagues are then encouraged to follow a simple, non-bureaucratic process known as ‘STOP. DISCUSS. RESOLVE. REVIEW.’ which has been used effectively in many other industries to improve companies’ overall safety performance. The campaign will be supported by a programme of behavioural safety training to be rolled out to all ground staff, engineers, drivers, and asset owners.

“If we are to succeed in sustaining a positive and healthy safety culture where colleagues are comfortable to challenge unsafe acts and be open to challenge themselves, then we must work together and look out for each other,” Marc Binney, Head of Safety for DB Cargo UK, said. “Empowering colleagues to intervene when things don’t look safe, even if their concerns ultimately prove to be unfounded, shows they care and they will not be criticised for doing so. We want colleagues to intervene with the reassurance and confidence that they have the company’s full support in doing so.”

“We are delighted with the new campaign which has already received a very positive response from colleagues working in all areas of the business,” Richard Sears, Head of Communications for DB Cargo UK, said. “It’s our real colleagues, in recognisable locations, giving relevant advice that will really make a difference.”

A poster for the safety campaign can be found below. 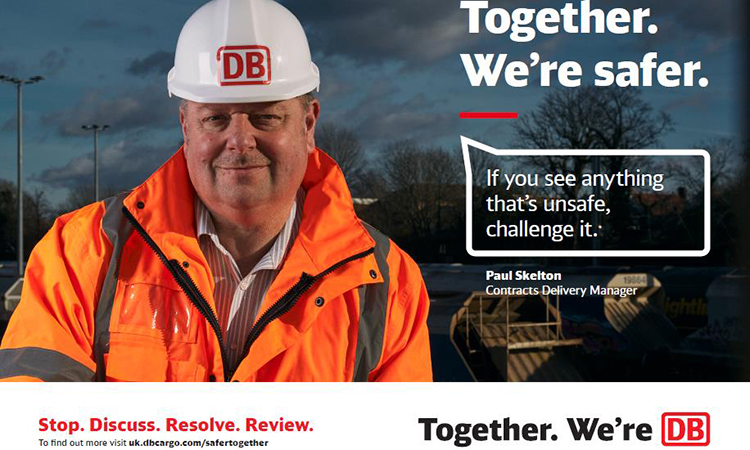