RB Rail AS has announced a public procurement for the Rail Baltica energy subsystem design and construction, as part of the largest railway electrification project in Europe. 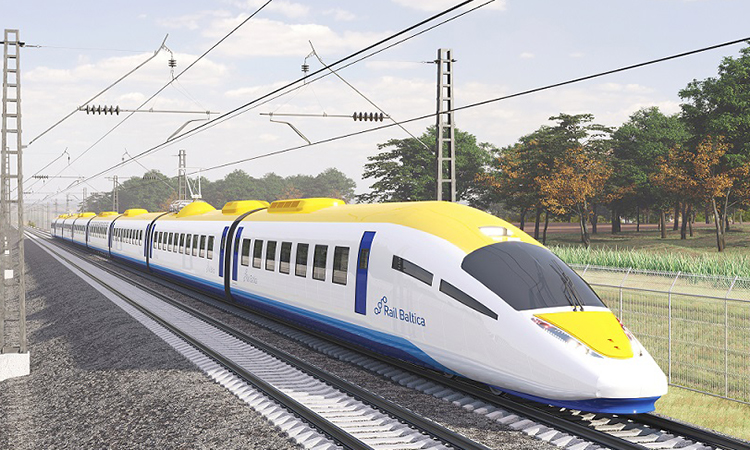 RB Rail AS, the Rail Baltica joint venture, has announced a public procurement for the Rail Baltica energy subsystem design and construction for the entire Rail Baltica line, covering more than 870 double track line km in Estonia, Latvia, and Lithuania. Deployment of the energy subsystem in a consolidated way, from Tallinn to the Lithuania-Poland border and from Kaunas to Vilnius, makes the Rail Baltica electrification the largest railway electrification project in Europe implemented as a single project. It will allow full compliance with safety and interoperability requirements, to benefit of economies of scale, as well as maximise the benefits for environment.

The procurement will be organised in two stages and is planned to be concluded by the end of 2023. Energy subsystem scope covers the following key components: high voltage connection points for connection of traction power substations to the public high voltage electrical grids, traction power substations, railway overhead contact system, railway energy control command system, and other components directly linked to energy subsystem.

“We consider this a truly historical achievement for the Rail Baltica Global Project and strong evidence of the determination of the Baltic States to implement this project in united way,” Jean-Marc Bedmar, Head of Systems and Operation department at RB Rail AS, said. “This is the first time when procurement of such scope and scale is organised across three countries in Europe with a goal to provide single electrification system with the same operational and maintenance rules and interoperability requirements across several countries.”

The size of the project itself is impressive, overall, 870 km length of double track leads to the need of more than 2,000 km of catenary system, around 4,350 tonnes of copper materials and 50,000 of masts to be installed. Electricity consumed by Rail Baltica will represent 900GW.h / year, leading to an estimated ~3 per cent increase of the national consumptions in every Baltic State.

“Proceeding with a major cross-border railway electrification project across Estonia, Latvia, Lithuania and interconnected with Poland, requires establishing a tight cooperation between governmental authorities, strong involvement of electricity transmission systems operators (TSO) and electricity suppliers, allowing to ultimately maximise the Rail Baltica contribution to EU energy and transport policies, the Green Deal as well as national decarbonisation plans,” Bedmar continued. “Strong conditions regarding minimisation of environmental impact are integral part of Rail Baltica electrification. For example, energy efficiency of overall traction chain will be more that 85 per cent, and lifetime of components will be 50 years or more.”

The proposed new electrification architecture Static Frequency Converters (SFC) on a project of such scale is also one of a kind providing flexible and efficient integration between countries.

“In the present geopolitical situation, joining forces is more important than ever and this procurement is a proof of building maturity of both the Rail Baltica project, but also the EU policies for cross-border strategic project delivery,” Marc-Philippe El Beze, Chief Technical Officer and Member of the Management Board at RB Rail AS, said. “By taking these decisive steps towards delivery of the Rail Baltica energy subsystem, the Rail Baltica Global Project and our energy sector partners are getting closer to delivery of an infrastructure fully fitted with state-of-art electric traction technology, highly efficient and with minimised environmental impact, paving the way to large scale electrical transport operation by the end of the decade.”

The implementation of the Rail Baltica Global Project is project is financed by the national states. Estonia, Latvia and Lithuania, and co-funding from the European Union up to 85 per cent of the total eligible costs, in particular in the framework of the Connecting Europe Facility (CEF) funding instrument.