The first of several new electricity feeder stations is now in place, all as part of a £120 million programme being backed by the Scottish Government. 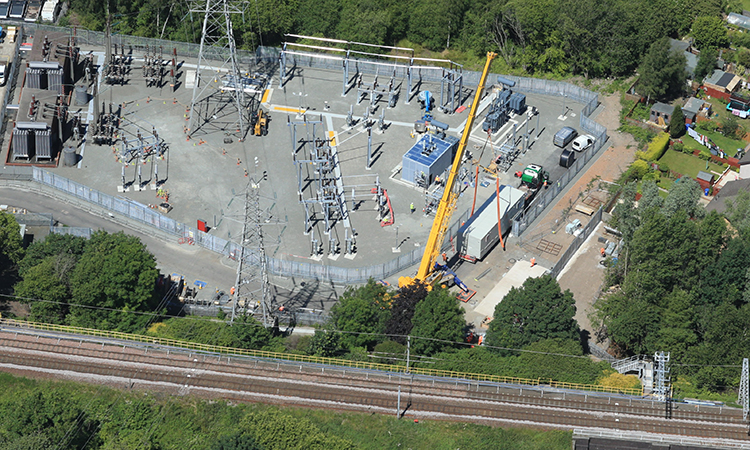 The first of several new electricity feeder stations for Scotland’s Railway is now in place. It’s part of a £120 million programme being backed by the Scottish Government to enhance the resilience and reliability of the infrastructure and to support additional electrically powered passenger and freight traffic.

The feeder station, which will connect to the network in September 2022, was put in place near Paisley. A temporary surface was constructed to position the crane on and to make sure the ground conditions were suitable for the lift. The movement of the Tadano crane (ATF220G), which can lift up to 220 tonnes, was mechanically restricted to avoid the overhead powerlines on-site.

“The £120 million investment from the Scottish Government for this programme is key to helping us meet our target to decarbonise Scotland’s Railway by 2035,” Lesley Pringle, Project Manager for Traction Power at Network Rail, said. “This is the first of the new feeder stations to arrive and it’s a definitely been a challenging site but our colleagues from across the Scotland’s Railway team have worked tirelessly to ensure it runs smoothly.”

“This work will boost the supply to our network in the central belt,” Brain Sweeney, Project Delivery Engineering Manager at Network Rail, said. “This will help to deliver power to newly electrified lines and also provides us the additional capacity to run more trains on the existing network. This will ultimately deliver more green and sustainable travel options for people and freight customers, removing many more vehicles from the roads in Scotland.”

“We’re lifting the feeder station into position, and it will be brought into service during September once all the relevant testing and safety procedures are complete,” Allan Black, Senior Project Manager at SPL Powerlines, said. “There has been a significant amount of work to prepare for this, and we’re already on site working at the next locations. Work started in the central belt and will extend as far as East Kilbride, Borders, Barrhead, and Fife with completion due in 2026.”