Network Rail are keeping many services closed as they carry out repair work and safety inspections following the extreme heatwave experienced on Monday and Tuesday. 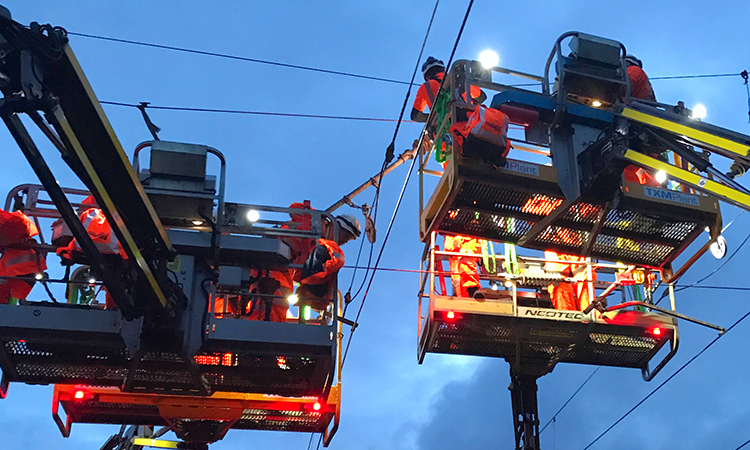 Following the extreme heat experienced on Monday and Tuesday this week, Network Rail are keeping many services closed or running at reduced levels to carry out further safety checks, repairs, and recovery work.

Network Rail teams need to inspect the track for damage after track temperatures reached 39.8 degrees Celsius on 19 July, the hottest recorded place on the East Coast Main Line. Unfortunately, a fire that spread onto the railway line in Sandy, Bedfordshire, which is on the route between Peterborough and King’s Cross, has meant that the planned inspection of over 250 miles of track on the southern end of the East Coast Main Line has not yet taken place. The incident has caused major damage to signalling equipment and a level crossing in the area, both of which need complex repairs to be completed. The fire at Sandy also means that these inspections to check whether any railway equipment has been damaged by the record-breaking temperatures will need to be carried out later. If any faults are found, these will need to be repaired before trains can run as normal again.

“The heat has caused numerous challenges for the railway,” Simon Pumphrey, Infrastructure Director for East Coast Route at Network Rail, said. “We’re working as hard as we can, but the complexity of the work means there will be severe disruption to trains on the East Coast Main Line. The incident has also disrupted our plans to manually inspect the route between Peterborough and King’s Cross for any other damage and carry out any repairs.”

The complex repair work will continue in all locations meaning fewer trains will be running in and out of London Euston, and rail replacement buses will be in operation between Preston and Carlisle.

“We’re sorry to passengers impacted by the damaged caused to our overhead electric lines during the record-breaking heat,” James Dean, West Coast South Route Director for Network Rail, said. “Specialist teams worked all night but have been unable to fix the cables in time for the start of service. We’re doing everything we can to get things back up and running.”