The rail industry sets out the type of support it hopes to see from the UK government, as Kevin Foster MP is appointed as the new Minister of State for Transport with responsibility for rail. 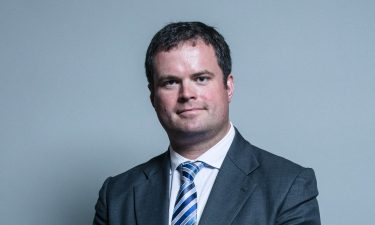 The Railway Industry Association (RIA) has welcomed the news that Kevin Foster, MP for Torbay, has been appointed as the UK’s Minister of State for Transport with responsibility for rail.

Darren Caplan, Chief Executive of RIA, said: “On behalf of RIA and our members, I’d like to welcome Kevin Foster to his new position as Minister of State for Transport with responsibility for rail. As the country continues to recover from the aftermath of the pandemic, this is an exciting but challenging time for the railway industry. The rail supply sector is a key contributor to economic growth and jobs, but the industry needs the right support from government to make the most of its future potential.”

Darren continued: “RIA’s recent six asks of the new government sets out what we think this support should look like – ranging from making sure there is no hiatus in rail work during the transition to GBR, and ensuring major projects such as HS2, East West Rail and Northern Powerhouse Rail are delivered in full. I’d also like to put on record our thanks to Wendy Morton, the previous Rail Minister, for all of her hard work on behalf of the supply sector. We hope to continue to work with Ms Morton in her new role within government and as a constituency MP.”

Kevin has been an MP for the Torbay constituency since May 2015 and has previously held the role of Parliamentary Private Secretary at the Department of Communities and Local Government (now the Department for Levelling Up, Housing & Communities) and, latterly, the Cabinet Office.