As part of Union Pacific’s journey to sustainability, the freight railroad is expanding its fleet of rail yard maintenance and field task electric vehicles. 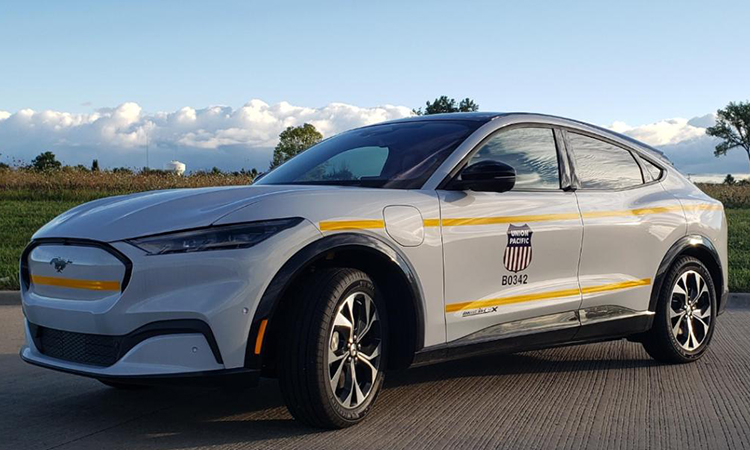 Growing its zero-emission vehicle fleet helps move Union Pacific closer to one of its Climate Action Plan goals: reduce absolute Scope 1 and 2 greenhouse gas emissions by 26 per cent by 2030 from a 2018 baseline, on a path to net zero emissions by 2050.

“Testing electric vehicles in Union Pacific’s rail yards is another great step forward in our sustainability journey,” Wes Hutcherson, General Director of Strategic Sourcing, Supply Chain at Union Pacific, said. “In conjunction with other projects, like our battery-electric locomotive fleet, these new vehicles will help further reduce emissions across our operations.”

To help reach this commitment, the company is now expanding its fleet to better understand how electric vehicles can support the railroad’s unique footprint. For example, Operating employees will test using the new, larger Ford Lightning trucks for rail yard maintenance and other field tasks. The railroad also is working with electric vehicle charging vendor SemaConnect to install charging stations in seven locations over the next year, including North Platte, Nebraska; Long Beach and Roseville, California; North Little Rock, Arkansas; and Houston, Texas.