Amtrak and the Virginia Passenger Rail Authority have reported record ridership for the second month in a row. 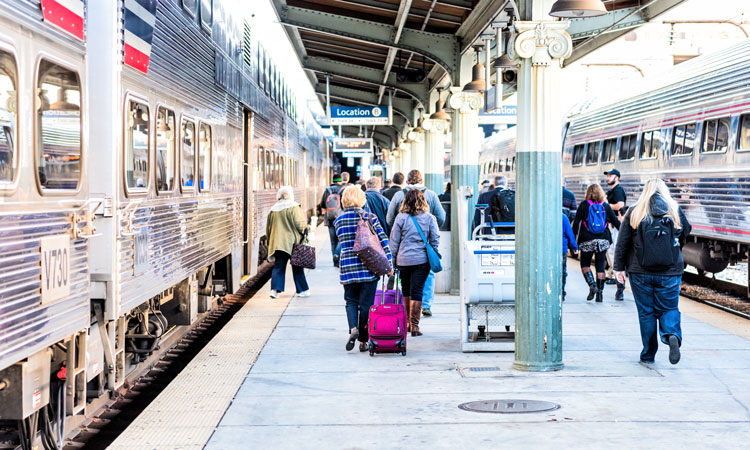 The Virginia Passenger Rail Authority (VPRA) and Amtrak have reported that Amtrak’s state-supported trains in Virginia saw record ridership in August, topping the previous record set in July. For the month of August, 119,280 passengers travelled on all four state-supported routes. This was an increase of 8.2 per cent over the 110,256 that travelled in July of 2022.

Travel to Newport News led the way with 33,055 passengers travelling to the Tidewater Region, a 12.9 per cent increase over July. This increase included the resumption of one roundtrip that had been suspended during the pandemic. The Newport News corridor with stops in Alexandria, Woodbridge, Quantico, Fredericksburg, Ashland, Richmond Staples Mill Station, Richmond Main Street Station, Williamsburg, and Newport News saw an even bigger increase – 28.5 per cent — when compared to August of 2021.

Services to Roanoke and Norfolk both also saw increases following the July launch of two new roundtrips, one to each city. In August, 45,742 passengers travelled to Norfolk, a 12.2 per cent increase over the previous month. The service with stops in Alexandria, Woodbridge, Quantico, Fredericksburg, Ashland, Richmond Staples Mill Station, Petersburg, and Norfolk saw a 35.4 per cent increase over pre-pandemic August 2019 numbers.

The Roanoke service carried 28,655 passengers in August, a 4.7 per cent increase over July. This route, which includes stops in Alexandria, Burke Centre, Manassas, Culpeper, Charlottesville, Lynchburg, and Roanoke had a 43.8 per cent increase in ridership when compared to August 2019.

“The continued growth of our state-supported Amtrak service shows that rail is not only a viable part of Virginia’s transportation network, but also a necessary part,” DJ Stadtler, Executive Director of VPRA, said. “Every day we are working towards our mission of providing more rail options across the Commonwealth.”

“The demand to travel on Amtrak’s state-supported Virginia service is strong and growing,” Ray Lang, Vice President of State Supported Services at Amtrak, said. “We thank customers for choosing an energy-efficient way to travel in the U.S.”

The Washington, DC to Richmond route, which includes stops in Alexandria, Woodbridge, Quantico, Fredericksburg, Ashland, Richmond Staples Mill Station, and Richmond Main Street Station, has continued to rebound from a pandemic suspension of service. 11,828 passengers travelled in August, which was a 22 per cent increase over the 9,695 passengers who travelled in August 2019.

The Commonwealth of Virginia first launched state-supported passenger rail service in 2009 with one roundtrip between Washington, DC and Lynchburg. Since that time, the state’s service has grown to include eight roundtrips daily with stops at 17 stations along four corridors. All four corridors provide service to Washington, DC and points north including Philadelphia, New York, and Boston.