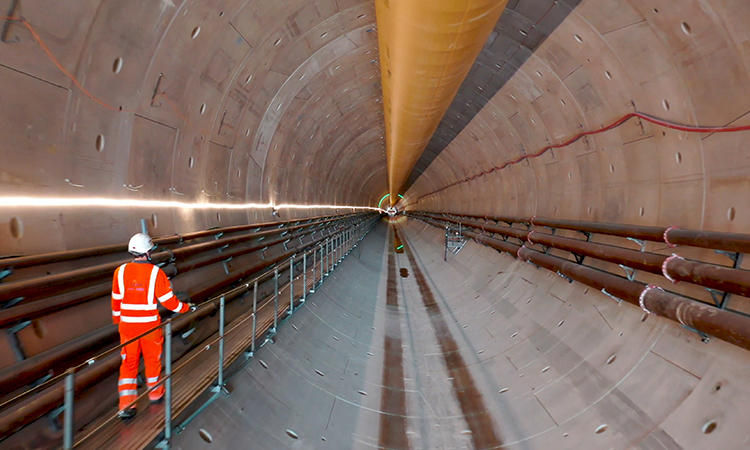 Two 2,000 tonne tunnelling machines digging HS2’s longest tunnels passed the second of five ventilation shafts this week, four miles into their 10-mile drive under the Chilterns. The milestone comes a week after the launch of another giant TBM in Ruislip which begin excavating the London tunnels for the high-speed rail project linking the capital with the Midlands and the North.

Designed specifically for the geology of the Chilterns, the first TBMs – named Florence and Cecilia – were launched in Summer 2021 from the southern portal of the tunnels. Each machine is a 170m long self-contained underground factory, digging the tunnel, lining it with concrete segments to form rings and grouting them into place as it moves forward. 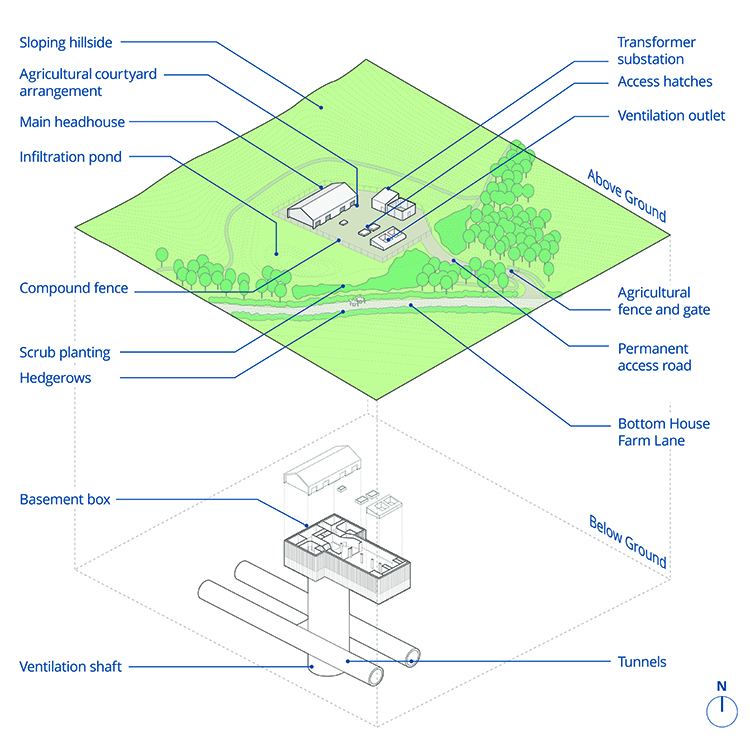 More than 44,000 segments have been used to form the concrete rings that line the tunnels, with a further 68,000 set to be installed before the TBMs break out at the northern end of the tunnel in two years’ time. The 46m deep shaft at Chalfont St Giles is one of four that will provide ventilation and emergency access to the ten-mile-long twin tunnels. A fifth will just provide emergency access. Once complete, the shaft will be covered by a headhouse designed to resemble local farm buildings.

More than 27,000 jobs are already being supported by HS2, which is designed to transform transport links between Britain’s major cities, free up space on the rail network for more freight and local services and support the UK’s transition to net zero carbon emissions.

“The Chiltern tunnel will take HS2 underneath the hills and safeguard the woodlands and wildlife habits above ground as well as significantly reducing disruption to communities during construction and operation of the new railway,” Martyn Noak, Head of Tunnel Engineering for HS2 Ltd, said. “It’s great to see how much progress has been made by Florence and Cecilia – and the teams excavating the five shafts – and I’d like to thank everyone involved in getting us this far.”

These first two TBMs on the HS2 project are operated by, Align – a joint venture formed of Bouygues Travaux Publics, Sir Robert McAlpine, and VolkerFitzpatrick. Each machine has a crew of 17 people, working in shifts and supported by over 100 people on the surface, managing the logistics and maintaining the smooth progress of the tunnelling operation. 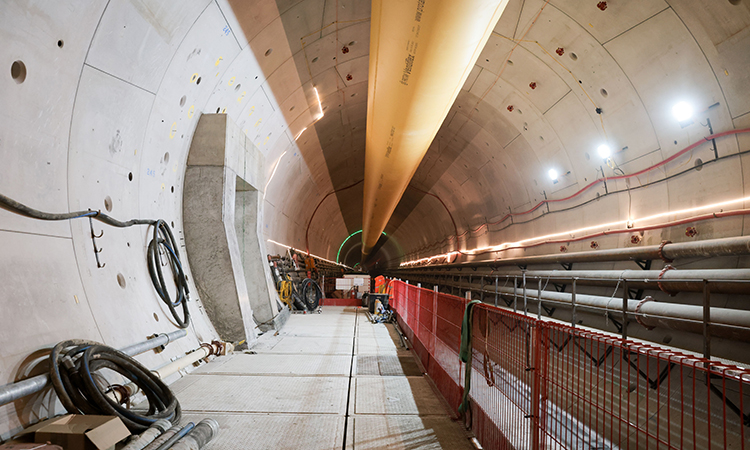 “Florence and Cecilia reaching our second shaft at Chalfont St Giles is a great achievement for the tunnelling team and I would like to pay credit to TGT, our supply chain partner, whose personnel are manning the TBMs,” Didier Jacques, Underground Construction Director for Align, said. “It’s also important to acknowledge the work by the construction team involved in excavating and preparing the shaft.”

Each of the separate northbound and southbound tunnels will require 56,000 precision engineered, fibre-reinforced concrete segments, which are all being made in purpose build factories on site at the south portal, located just inside the M25.

Approximately 2.7 million cubic metres of material – mostly chalk and flint – will be excavated during the construction of the tunnels and used for landscaping. So far more than 1m cubic metres have been placed on site. Once construction is complete, the temporary buildings at the south portal will be removed and the site landscaped with around 90 hectares of wildlife-rich chalk grassland habitats.

Chalk grassland used to be widespread across the hills of South East England and are considered habitat of international conservation significance with just 700ha left across the Chilterns. In total there will be ten TBMs on the HS2 project – working to create 64 miles of tunnel between London and the West Midlands including major tunnels on the approach to London and Birmingham. 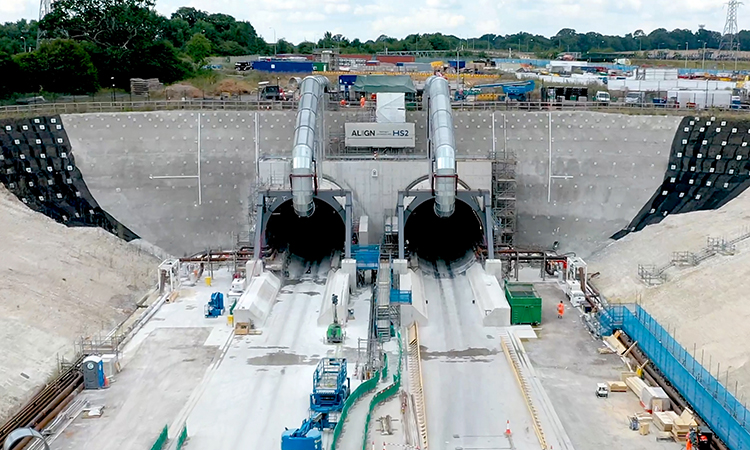