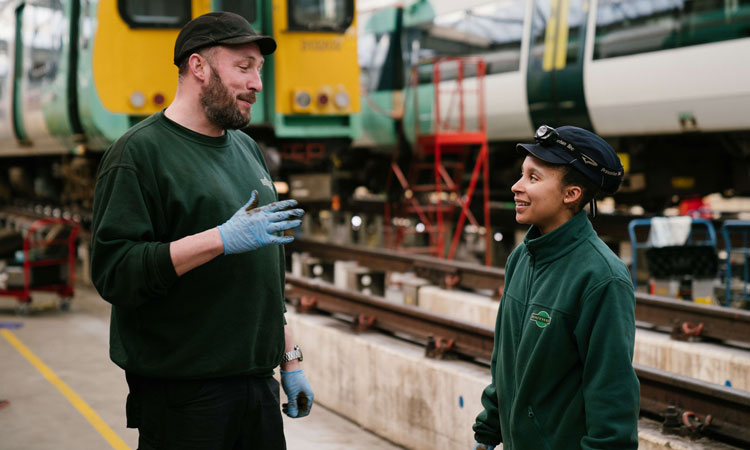 Launched in 2013, the National Equality Standard (NES) was developed by Ernst and Young UK LLP (EY UK) and sets robust Equality, Diversity and Inclusion (EDI) criteria against which companies are assessed.

Govia Thameslink Railway’s (GTR) diversity and inclusion policies were assessed against the 35 competencies contained within the NES framework using reviews of evidence, interviews and consultations. The rail operator achieved the number of competencies required to meet the standard, and also scored highly in categories relating to strategy and governance, as well as action planning and implementation.

“We’re really proud to be the first transport company to be honoured with this accolade,” said Zoey Hudson, Head of Talent, Diversity and Inclusion at GTR. “Over the years we’ve worked hard to make our workplace as fair as possible, and we welcome people from all backgrounds with open arms. Of course, there is always more to do, but this accreditation demonstrates our commitment to equality and building an inclusive culture for our people, which is a huge priority for us.”

Jelena Eremic Newson, EY UK Partner in Climate Change and Sustainability Services who assessed GTR, said: “GTR has put substantial effort into diversity and inclusion activities over the last few years and this is beginning to have a positive impact on the organisation. A robust strategy supported by the executive team is driving progress. It is encouraging to see a strong commitment from leadership, an array of internal and external communications channels along with strong efforts to support positive mental health.”

Amtrak recognised on the Best Employer for New Graduates 2022 list