LNER is encouraging Britons to ditch their cars for autumn leisure trips, highlighting that 186,200 tCO2e of carbon emissions could be saved if each took just one journey by train rather than car. 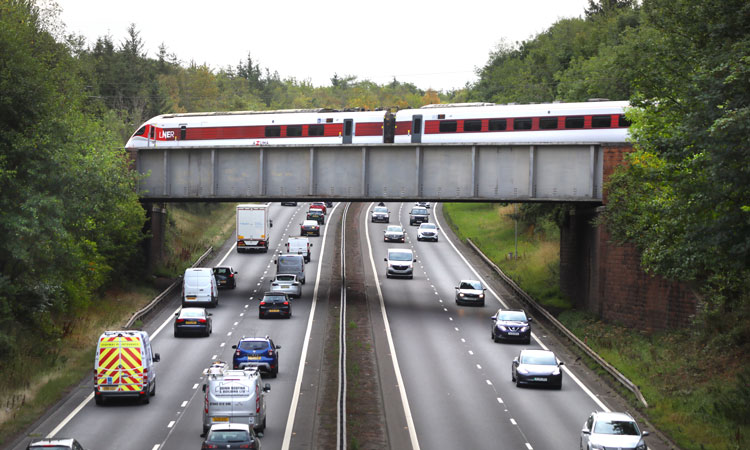 According to train operator London North Eastern Railway (LNER), leisure trips across Britain are set to peak this autumn, as 48 per cent of British adults plan to extend their holiday season longer. This will impact the environment as 6.1 million people intend to use the car instead of the train for their leisure trips.

LNER is therefore encouraging people planning last-minute leisure trips to take one less car journey this year by showing the collective ‘green good’ it will do. As 69 per cent of British adults planning to travel are expected to take a car journey this autumn, a total 186,200 tCO2e of carbon emissions could be saved if each took just one journey by train rather than car.

Working with experts from University College London (UCL) Energy Institute researchers, LNER has analysed the data on the impact that taking autumn excursions by car will have, with 25 per cent of people taking more than one leisure trip this autumn in an attempt to seek a final holiday before the winter sets in.

According to LNER, rather than make drastic lifestyle changes, British adults prefer to make more manageable changes, but 36 per cent feel they don’t have enough knowledge about the impact small changes can have on the environment. There is a large appetite to change, with 59 per cent of adults increasingly aware of the impact they have on climate change and almost one in three (30 per cent) feeling overwhelmed with a sense of responsibility to help support the environment by changing their lifestyle.

LNER is helping customers take climate change into their own hands by showing people the difference they could help to make this autumn, just by switching one leisure journey to train rather than car. On average, carbon emissions from cars are three times higher than that of a train, meaning the collective power of one small change could be a monumental shift. Whilst some travellers may feel that their single journey will not make a difference, the collective impact of everyone changing just one journey would be huge – comparable to filling the volume of the Elizabeth Tower which houses Big Ben over 22,000 times, or Wembley Stadium 25 times in carbon emissions. LNER is asking that rather than a huge lifestyle shift of throwing away the car keys and converting to trains forever, travellers should try one journey to do their small part to help.

The research shows that 70 per cent of adults are at least somewhat concerned about the environmental impact of travel and more than a third (34 per cent) would like to reduce their carbon footprint, but 28 per cent feel that changing their travel habits will not have a large enough impact on the environment.

LNER’s carbon calculator helps people to discover the difference that a journey made by rail could have. For example, the calculator shows that a one-way journey between York and London produces just 12.34 KG CO2e by train, whereas a journey by car would produces a shocking 41.36 KG CO2e. Using the LNER carbon calculator will help those looking to change one journey to better understand how their small change will make a big difference. As almost two thirds of adults (63 per cent) feel that there should be more assistance to help people understand and calculate their carbon footprint, the carbon calculator is just one thing LNER has introduced to assist customers in choosing a more environmentally friendly journey. Two-thirds (66 per cent) feel that those responsible for travel should make it easier for travellers to be more sustainable, something which the carbon calculator seeks to achieve.

David Horne, Managing Director at LNER, said: “We know that being greener is hugely important but many of us aren’t sure on our role and how our individual actions can make a difference. As cars emit three times more carbon emissions than rail and with so many people planning on using the car for a leisure trip this autumn, we’re asking people to consider travelling by train just once to do their bit to cut emissions. Collectively we could save enough carbon to fill Wembley Stadium 25 times, which is a huge amount of carbon we could prevent from being emitted into the atmosphere. Our research also showed that collectively Britons could save the time equivalent to over eight human lifetimes by using the train each year, meaning we’re giving back to ourselves as well as the environment with this change.”

Professor Paul Ekins, Professor of Resources and Environmental Policy at the UCL Institute for Sustainable Resources, said: “Often we talk about climate change in large scales such as icebergs melting and sea level rise, and this can make the issue feel overwhelming and unmanageable, and discourage people from making changes in their lives that can help. What our research has concluded is that small changes made by enough people really do make a difference. Just one journey switched from car or bus to train by everyone who takes a leisure trip in a year could reduce carbon emissions by over one million tonnes CO2, or 16.6 per cent of emissions from leisure trips, or nearly one per cent of all UK 2019 transport emissions. This is a really big contribution from just one small change in a year to people’s daily lives.”

There is progress, with adults being five per cent less likely to take a leisure trip by car before the end of the year (60 per cent) than in 2017 (65 per cent). The appetite to improve is there with 45 per cent already having committed to taking fewer car trips to help be more sustainable, with 21 per cent prepared to do this in the future.