RB Rail AS has signed an additional cross-border grant agreement with CINEA on the Connecting Europe Facility (CEF) funding for the Rail Baltica global project. 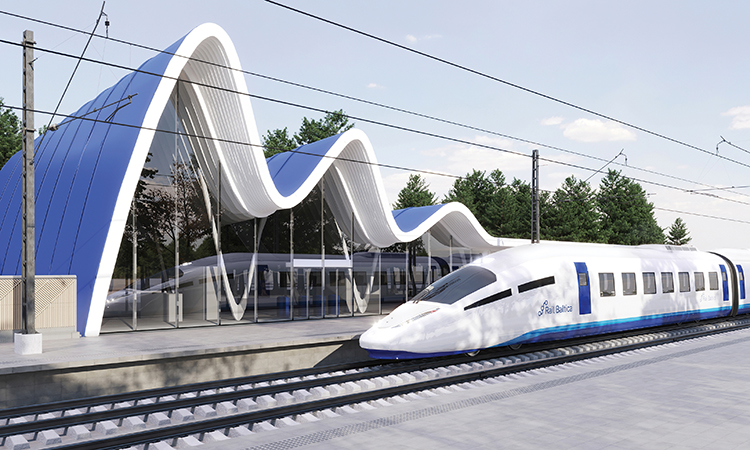 RB Rail AS, the Rail Baltica joint venture of the Baltic States, announced the signing of an additional cross-border grant agreement on the Connecting Europe Facility (CEF) funding for the Rail Baltica global project. The total budget under this agreement is €422.7 million, out of which the CEF contribution will be €353.9 million or maximum 85 per cent, whereas the remaining financial contribution will be provided by the governments of the three Baltic States.

“We live in times of increased economic uncertainty resulting from geopolitical crisis, continuous price fluctuations and volatile construction material availability, and it is more important than ever to ensure tight cross-border cooperation between the partners in the three Baltic countries to deliver the Rail Baltica and maintain its position amongst the top priority high-speed infrastructure projects in the European Union,” Agnis Driksna, CEO and Chairperson of the Management Board at RB Rail AS, said. “Rail Baltica is no longer a necessity, it is an obligation, and the additional financing granted will allow us to meet the critical targets and further advance with Rail Baltica construction and delivery as a united Baltic project.”

The approved activities reflect the priority tasks to be started already next year, including:

Additionally, the confirmed activities will ensure further continuation of the Rail Baltica coordination by RB Rail AS as a cross-border global project both in terms of technical solutions that allow interoperability, delivery approaches and quality, including ensuring that necessary sustainability and climate-neutral transport infrastructure and consistent with European Green Deal goals are met.

“This is a Grant Agreement shows the continued, strong EU support to the Rail Baltica global project,” Morten Jensen, Head of Unit at CINEA, said. “This is the eight CEF Action supporting the implementation of Rail Baltica and the first grant awarded to this important project in the 2021-2027 financing period. I wish the beneficiaries and the coordinator a smooth implementation and timely completion of the activities in this grant agreement.”

The considerable amount of this financing recommended for the Rail Baltica global project will be added to the already available financing from the 2014-2021 financial period where more than €1.2 billion is available for Rail Baltica implementation, out of which 85 per cent comes from the Connecting Europe Facility (CEF). The CEF Transport programme implements the European Union’s transport infrastructure policy by supporting investments in building or upgrading transport infrastructure across Europe.