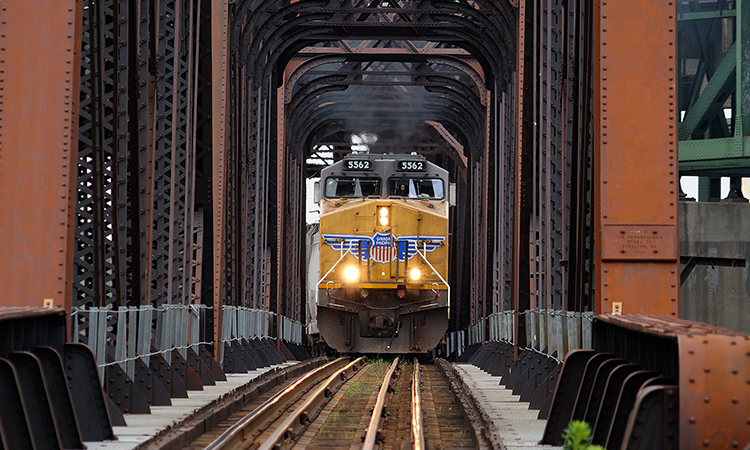 “Last year, we embarked on a journey to improve our environmental footprint and build a more sustainable economy for generations to come,” Beth Whited, Executive Vice President and Chief Human Resource Officer for Union Pacific, said. “Our mission continues, and we remain committed to finding and embracing bold solutions to address climate change and achieve net zero emissions.”

Since the publication of its first Climate Action Plan in 2021, Union Pacific has taken considerable steps to reduce its environmental impact, including increasing the use of low-carbon fuels and reducing fuel consumption by more than 11 million gallons in 2021 compared with 2020.

Union Pacific have also reaffirmed its commitment to reach net zero GHG emissions. Last month, Union Pacific joined the Business Ambition for 1.5°C, an alliance of more than 3,000 companies pledged to taking bold action to limit global warming to 1.5°C. As part of that pledge, we committed to the Science Based Targets Initiative (SBTi) to revalidate our short-term target in line with the 1.5°C global warming scenario and develop a long-term, science-based target to reach net zero value chain GHG emissions by 2050.

During 2022, Union Pacific conducted an extensive climate scenario analysis to better understand the hypothetical impacts of climate change on its operations, infrastructure, supply chains and customers under both high- and low-carbon future scenarios. The analysis is being used to evaluate and develop potential strategies that address both future risks and opportunities arising from climate change.

Highlights of the 2022 Action Plan

“We must continue to be forward thinking in our initiatives to see reductions in our absolute emissions. Climate change is caused by human behaviour and recognising our community impact is imperative,” Maqui Parkerson, Vice President of Labour Relations and Sustainability for Union Pacific, said. “As a leader in the rail industry and critical link in the supply chain, we will continue to strive to be a leader in the overall climate solution.”