RIA Scotland has welcomed the Scottish Government’s Budget which saw a commitment to a sustained level of rail funding in 2023-24. 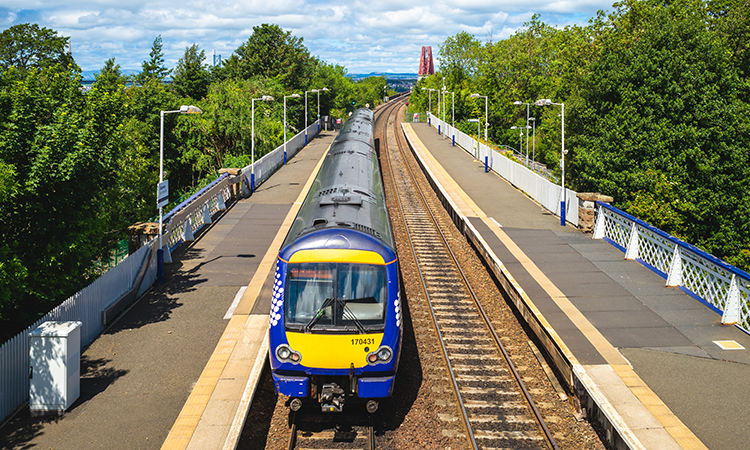 RIA Scotland has welcomed both the Scottish Government’s commitment to sustaining rail funding in the Budget and the publication of the second Strategic Transport Projects Review (STPR2).

At an RIA Scotland Leadership Group meeting, rail leaders discussed STPR2, which they say will provide clarity for the industry, and the imminent publication in January of the High Level Output Specification (HLOS) and the Statements of Funds Available (SoFA), which will set out the funding Network Rail will receive from the Scottish Government from 2024 to 2029.

Reaction to the Budget

“The Budget announcement on sustaining funding for rail around capital spend is very much welcome, as is the publication of STPR2,” Meirion Thomas, Chair of RIA Scotland, said. “Certainty and clarity are key to the success of the rail supply sector, so it is beneficial to understand which transport investments are being prioritised. In addition to the proposed investment in the rail network, it is encouraging to see a commitment to light rail and metro in STPR2, namely the recommendation to progress with the Clyde Metro, along with Edinburgh and South East Scotland Mass Transit. A focus on the importance of the integration of rail with other methods of transport is also welcome, as is the recommendation to provide capital funding to support pilot schemes and demonstration projects for Mobility as a Service. It is now key for the action to match the words: these innovations need to be implemented, rolled out, and scaled up.

“We look forward to the publication of the HLOS and SoFA in early January 2023, which we are hopeful will sustain current levels of activity. Maintaining this investment will allow suppliers to invest in their businesses, drive efficient delivery and ultimately power economic growth, with research showing that every £1 invested in the railway delivers £2.50 of wider economic benefit.”