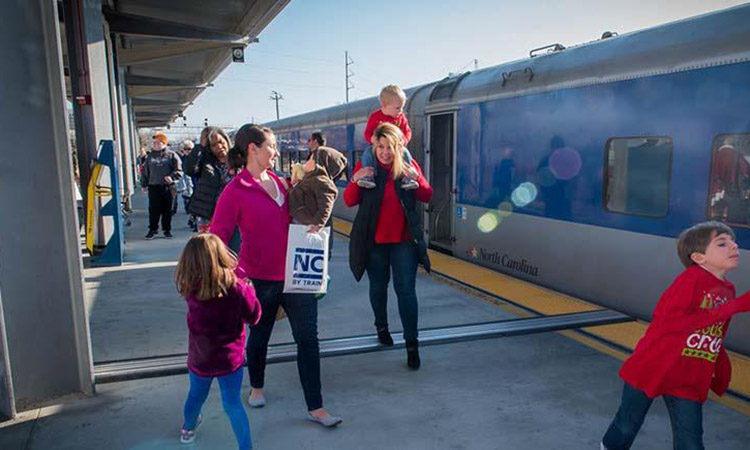 At a time when travel patterns have experienced great disruption and faced significant uncertainty, intercity train travel in North Carolina is experiencing record ridership. Between January and December of 2022, more than 522,000 passengers rode NC By Train, which has four daily roundtrips between Raleigh and Charlotte and service to the Northeast. That’s more people than have ridden the train in its 32-year history.

“North Carolina’s passenger rail is critical to connecting our communities, and it’s great to see a record number of people taking advantage of it,” Roy Cooper, Governor of North Carolina, said. “We’re going to continue to invest in public transportation across our state.”

“We’re pleased to see that so many North Carolinians are taking advantage of everything train travel has to offer,” Eric Boyette, state Transportation Secretary, said. “It’s an easy way to get to your destination without all the stress of driving.”

While October saw the highest number of riders in a month, with 55,493 traveling, December also set a record and was the third best monthly ridership of all time. NC By Train services, which include The Piedmont (Charlotte to Raleigh) and Carolinian (Charlotte to New York) trains, carried over 48,600 riders in December, beating the previous ridership record by over 10%.

NC By Train provides multiple trains throughout the day between Raleigh and Charlotte with stops in Cary, Durham, Burlington, Greensboro, High Point, Salisbury, and Kannapolis, as well as daily service connecting Charlotte, Raleigh, and New York via the Carolinian. The service has operated since 1990.

NC By Train has a lot of offer its passengers, including large seats, free Wi-Fi outlets and large windows so passengers can witness the beauty of North Carolina.