Financing rolling stock in the UK: issues, challenges and opportunities

Martin Watt, Managing Associate within the Energy, Transport and Infrastructure Department of global law firm Dentons, looks at the concerns, challenges and opportunities surrounding rolling stock financing in the UK, and how the marketplace needs to keep up with demand… 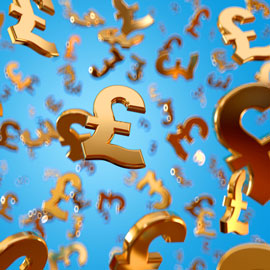 With passenger growth continuing to hurtle along, an industry steering group estimates the UK heavy-rail industry (not including London Underground) will need to grow the total passenger train fleet by between 53% and 99% over the next 30 years. The group comprises operators, financiers, Network Rail and industry associations such as the Rail Delivery Group. It published a Long Term Passenger Rolling Stock Strategy in February 2014 stating there will be a need for between 13,000 and 19,000 new electric vehicles on top of the existing national fleet of 12,647 vehicles. Martin Watt, Managing Associate within the Energy, Transport and Infrastructure Department of global law firm Dentons, looks at the concerns, challenges and opportunities surrounding financing rolling stock in the UK, and how the marketplace needs to keep up with demand.

From a financing and procurement perspective, the rolling stock demand is both a challenge and an opportunity. Whilst in the five years to April 2014 just four vehicles were built per week, the industry will require up to 12 new vehicles per week for the next 30 years. So what are the key trends in structuring and financing rolling stock deals likely to be in forthcoming years, and can the procurers of these trains keep up?

The public sector has been heavily involved in the rolling stock market recently. The 866 carriages forming the Intercity Express Programme (IEP) order, which will replace high-speed trains stock on the East Coast and other lines, were specified and procured by the Department for Transport (DfT). Similarly, for the Thameslink routes, the DfT led the way on procuring a fleet of 1,140 new cars for the new Thameslink, Southern and Great Northern (TSGN) franchise, together with their lifetime maintenance, and the related finance. In similar vein, Transport for London (TfL) led the procurement of new trains for the Crossrail concession.

For TfL this is a matter of policy which it will no doubt continue to apply to its concessions. For IEP and Thameslink, DfT’s approach was driven by reasons including the size and scope of the orders, and related concerns about capacity in the traditional finance market. In other words, IEP and Thameslink are likely to have been a high-water mark of public sector involvement in rolling stock. The government’s stated policy (see for example its command paper in March 2012) is that it will leave train operators and financiers in the lead for planning and delivering rolling stock, unless special circumstances apply. Industry players have enthusiastically supported this view.

We can already see this approach in action. South West Trains recently appointed Siemens and Angel Trains to provide and finance new Desiro EMUs for its routes. Recent franchise competitions have featured bidder generated packages for procuring and financing new trains. Abellio, the winners of the ScotRail franchise, will buy trains new from Hitachi for Scottish routes, it was announced.

On the one hand, this allows operators more flexible and tailored procurement. On the other hand, it might stretch industry resources. Manufacturers can find themselves approached by multiple bidders for a franchise competition. Those franchise bidders are often minded to seek their own (bid improving) unique features. They also tend to propose their own favoured terms and conditions (the industry doesn’t have standard terms and conditions for rolling stock supply available). All this can place a burden on manufacturer bidding teams.

And it will be interesting to see if there is any impact on innovation. It certainly helps operators implement their creative thinking. But also, the National Audit Office’s July 2014 report on procuring new trains flags that industry insiders believe that smaller order sizes might be less efficient in introducing step changes in technology, or attracting new entrants to the supply market.

Operators, unlike DfT, will also be able to take advantage of an upcoming procurement law change. In the past, many train operators have procured rolling stock in accordance with European procurement rules. These rules require fairness, equality and transparency, and strict approaches to evaluation (among other things). They also open opportunities for procurement challenge. Although there is room for doubt about their applicability to franchised train operators, a new European Directive on utilities procurement (Directive 2014/25), makes it clear that they are not subject to the rules. The Directive must be transposed into UK law by April 2016. When implemented in the UK, the new rules may help streamline train operator procurements.

Passenger rail operators continue to face the challenge that they typically don’t have the tenure or balance sheet to buy an expensive asset with a design life of 30 years or more. Rail franchisees are thinly capitalised SPVs, and are continuing to receive no more than 7-10 year franchise awards. Open access operators get track access contracts for a maximum of 10 years, except in exceptional circumstances.

Asset finance therefore remains the chief model for procurement and ownership of trains. It involves a rolling stock leasing company buying trains and renting them to the train operator. This aligns the financing more effectively to asset life, and allows the operator to keep an interest only as long as it needs. The three main rolling stock leasing companies (ROSCOs) still own most of the UK fleet.

At the same time investor appetite for trains can dull because they are a relatively illiquid asset. There is limited evidence of an international market for second hand rolling stock, and even within the UK, structural and technical factors can hinder moving fleets between Network Rail routes. Network Rail’s electrification programme might make it more challenging to finance diesel trains.

A strength of the UK market, however, is a well settled regulatory framework and industry structure. It includes a statutory mechanism for government to make promises (so-called ‘Section 54 Undertakings’) which, if offered by government, can encourage rail investment. In a rolling stock context, this usually takes the form of an undertaking about the future leasing of trains.

And it is possible that the march of technical standardisation and asset transparency will continue to help lessen investor concerns about residual value, and encourage the growth of investments without any government backing.

Indeed, the roll-out of Technical Specifications for Interoperability (TSIs) is gradually heightening standardisation across Europe. At the same time some moves have been made toward a single European market for rolling stock. The Fourth Railway Package, though yet to come on stream, includes, for example, proposals such as a ‘one-stop shop’ able to issue European-wide vehicle authorisations and safety certificates.

So the market may be reducing its dependence on the need for government support. As the Association of Train Operating Companies (ATOC) put it in a 2011 position paper, it is best to ‘make Section 54s available as an option, but not a requirement for all new build procurement’. The undertakings are rarely essential due to the range and depth of funding available, it was argued. They may however still have a role in mitigating resale value risk, and promoting value for money, for specialist rolling stock like long-distance high-speed trains. For more flexible rolling stock, ATOC felt normal market mechanisms may be enough.

Equally, government and operators have shown interest in creating mechanisms within the franchising system which would bypass lessors, and promote self financing by operators for long-term assets like trains. In a 2011 paper on franchising reform, for example, the government mooted use of an ‘…enhanced residual value mechanism that will reward operators for investment with a payback period longer than the franchise’. Despite reports of later discussions with operators about this approach, it has not so far been seen in practice.

But alternative financing approaches have been tried in recent years. Occasionally, rolling stock procurements have been opened as a straight procurement, and then later refinanced. This helps remove delivery risk for the financier.

The IEP was procured as a public-private partnership (PPP). For Thameslink, DfT turned to a hybrid PPP/asset finance arrangement under which bidders were invited to provide a bundled finance, manufacture and maintenance package.

It is also possible that debt finance will become more prevalent, even without government sponsorship. Drawing on the Thameslink model, this might involve setting up a special purpose vehicle to buy trains and provide them to the train operator. Funding would be provided by equity and borrowing. Such a structure may attract new types of investor, albeit that these new providers may have more to learn about the rail industry than a typical ROSCO.

So rolling stock procurement and financing methods in the UK look likely to have the traction needed for forthcoming new build needs. Tried and trusted technology such as lease financing will often keep the procurement wheels turning. But equally it’s hard to imagine that novel ideas will not form part of the solution.

Martin Watt is a Managing Associate in the Energy, Transport and Infrastructure Department of Dentons – a global law firm with 2,600 lawyers and professionals in more than 75 locations spanning more than 50 countries across Africa, Asia Pacific, Canada, Central Asia, Europe, the Middle East, Russia and CIS, the UK and the U.S. Martin has extensive experience of drafting, advising on and negotiating rolling stock contracts, both in-house (he previously worked for a train manufacturer) and in private practice. Martin has advised on purchases of rolling stock for heavy-rail, light-rail and metro routes over recent years, and has experience of all of the main procurement models (straight purchase, lease finance, and project finance). He also regularly advises on regulatory and procurement issues.