The Competition and Markets Authority (CMA) has published a report outlining how greater completion between rail operators could benefit passengers on intercity routes. 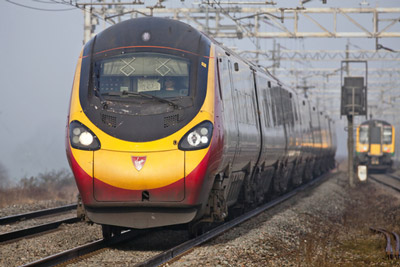 The Competition and Markets Authority (CMA) has published a report outlining how greater competition between rail operators could benefit passengers on intercity routes. The CMA has produced a report in conclusion to a project looking at the possibility of introducing greater competition between passenger train operators.

The CMA started the project in January 2015 and published an interim report in July 2015, which detailed how greater competition could potentially benefit passengers.

Operators to run competing services against the existing franchisee

At present, passenger rail services are decided primarily by the award of franchises to operators through competition ‘for’ the market. The CMA believes this process has delivered positive results. However, it has identified ‘a range of benefits that could arise from allowing other operators to run competing services against the existing franchise operators.’

‘On rail’ competition has already occurred on the East Coast mainline where ‘open access’ operators like Grand Central and First Hull Trains have been able to run competing services. The CMA believes there is evidence to suggest there would be benefits to such a system, as seen in other European countries and in other transport markets such as the GB rail freight sector, air transport and airports.

The CMA considers that increasing the number of open access services or splitting franchises offers the most immediate benefits from increased competition – but that a move towards a system of multiple licensed operators replacing franchises could also be worth consideration. The report says that the potential for such competition exists predominantly on the 3 main intercity routes in GB – namely the East and West Coast main lines and the Great Western route.

The also CMA proposes that competing open access operators should be able to make more of a contribution than at present in terms of track access charges and through a Public Service Obligation (PSO) levy to contribute to the funding of important but unprofitable services.

Alex Chisholm, CMA Chief Executive said: “We’ve found that there is strong evidence, both here and abroad, of the benefits that the introduction of competition on mainline intercity routes can bring. Where competing operators have been given the opportunity, the need to attract passengers who have a choice can mean lower fares, new routes and destinations, more innovations and flexible ticketing. Not only does this offer a better deal for existing travellers but it can increase overall passenger numbers by attracting new customers to the railways.

“There are legitimate concerns about the impact that greater competition might have on the income received by government from franchise operators but so far that concern has been tackled in a way that hinders new entrants. We think a better way would be to have a level playing field – where competing operators are able to make more of a contribution to network costs and to funding unprofitable services. In return they would get more freedom to compete for business against the franchise operator.”

“We must take a joined-up and consistent approach to competition”

Commenting on the CMA’s recommendation, Paul Plummer, chief executive of the Rail Delivery Group, said: “It is important that everyone is clear about what the nation wants from the railway and how we can best achieve this. We must take a joined-up and consistent approach to competition, freight, franchising, regulation, capacity, the shape of Network Rail and how we fund much needed investment. Considering these in isolation is unlikely to deliver the best results for customers, freight users or taxpayers.”

“We have been working closely with CMA on this project, and our analysis fully supports their view that more competition could realise even greater benefits for rail passengers.”

Stephen Joseph, Chief Executive of Campaign for Better Transport, said: “The Government has committed billions to upgrading the railways to meet record passenger demand. Rather than handing this much needed capacity to open access operators, as the Competition and Markets Authority proposes, communities and the economy would benefit far more if train companies worked with new city regions and combined authorities on joined up networks of public transport designed to support the local economy.”