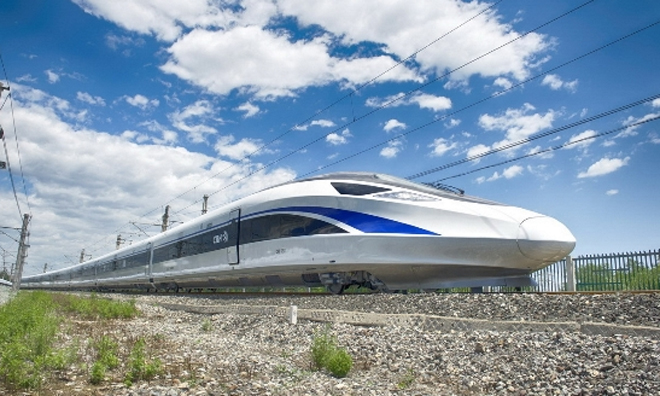 The high-speed EMUs use the state-of-the-art exterior designs to reduce energy consumption adopting a standard part design. In addition, the rolling stock manufacturer has reinforced safety features compared to older models. The new trains will travel at speeds of 350km per hour. Commenting on the introduction, Zhou Li, head of technological management at CCRC, said: “China independently owns the design of the EMU, and it will be a leading model for China to export to the world.

In the future, China will offer rail products and solutions according to the needs of various countries,” he added.

China has the world’s largest fleet of EMUs, currently 2,470 trains. Moreover, the country has 19,000km of high-speed track – representing 60 percent of the global total.

The latest Chinese high-speed development, the 150km link between the Indonesian capital Jakarta and Bandung, officially began construction in January 2016. However, the Indonesian government is still due to issue the necessary permit that allows development to begin.

The project aims to cut travel time between the two cities by approximately two thirds.  The project is almost entirely Chinese, including the technical standards, survey and design, construction, equipment manufacturing and personnel training.