Improvements carried out to the Newburyport/Rockport line in Boston

Keolis Commuter Services (KCS) and the MBTA have released a list of network improvement projects completed during the temporary shutdown of service between Salem and Newburyport/Rockport in Boston. 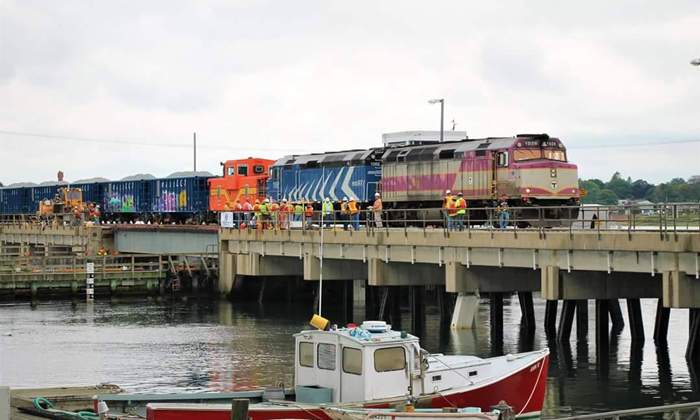 The suspension on the Newburyport/Rockport line was required because of the need to replace the Beverly drawbridge, and KCS and the MBTA were able to prioritise other projects to take advantage of the shutdown. In addition to replacing the 132-year-old bridge, KCS, MBTA and other construction teams completed the following work during this suspension:

“I want to thank our passengers for their patience while our teams completed these important and much-needed long-term investments into the commuter rail network,” said David Scorey, CEO and General Manager, KCS. “To help ensure service resumes as smoothly as possible over the coming days, we will have crews in place to make minor adjustments as the bridge and other new infrastructure experience the high volume of trains and boats during peak commutes this week.”

The track and grade modernisations will help to improve safety while also reducing the likelihood for train delays due to equipment malfunctions. Railroad tie replacements are an important part of general maintenance that will now not be required again on these areas for five-seven years. Upgrades performed at the Rockport layover moving forward will help to partially reduce idling, an initiative to help alleviate concerns from nearby residents.

“The ongoing infrastructure work on the Newburyport/Rockport Line reflects the MBTA’s new approach to capital spending,” added interim MBTA General Manager Steve Poftak. “This fiscal year alone nearly $800 million is targeted toward projects that will improve reliability and enhance safety throughout the system.”