Next phase of testing begins for Scotland’s new trains

Passengers in Scotland are a step closer to the arrival of new ScotRail Alliance trains, as the next phase of testing begins in Germany. 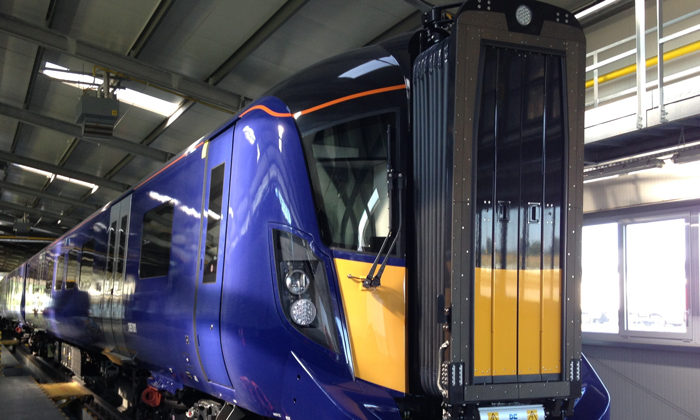 The Hitachi-built electric trains, named the Class 385s, are going through their next phase of vital tests on a range of routes in Minden, north Germany, near Hanover, reaching speeds of 100mph. The trains, which have bullet train heritage, have to undergo a rigorous testing programme before they can transport passenger on Scottish tracks.

Hitachi is carrying this phase of testing outside the UK because Britain’s rail network is hugely busy and the availability of track for testing is very limited.

The benefit for passengers is that they will be able to enjoy the new trains sooner, with extra seats and added comfort that they offer”

“This new phase of testing means we’re a step closer to bringing the new trains into service. By testing in Germany, we’re able to complete more testing than we would be able to in the UK,” said Amy Webb, Project Manager at Hitachi Rail Europe. “The benefit for passengers is that they will be able to enjoy the new trains sooner, with extra seats and added comfort that they offer.”

Hitachi is delivering 70 new Class 385 trains for ScotRail as part of a wider programme to transform the country’s railways, with the trains allowing the capacity along the route to increase to 100,000 weekday seats.

Passengers will benefit from more leg room, extra luggage space and a modern, digital seat reservation system. The new trains, which use electric rather than diesel power, are better for the environment and will produce no CO2 emissions themselves.

The new trains coming to Scotland are one step closer to delivering faster journeys, more seats and better services”

“With testing taking place in Germany, the new trains coming to Scotland are one step closer to delivering faster journeys, more seats and better services,” added Chris Knape, New Trains Technical Manager at the ScotRail Alliance. “We are building the best railway Scotland’s ever had, and the new trains are an important part of that.”

The 385 trains bodies are built using the same ‘friction stir welding’ technique meaning the shells are both light and strong. The reduced weight allows the acceleration of the 385s to be much faster, which helps to reduce journey times.

This phase of testing is from now until October.