A £680 million order for new trains has been made by West Midlands Trains Ltd for when it takes over the West Midlands Rail franchise in December 2017. 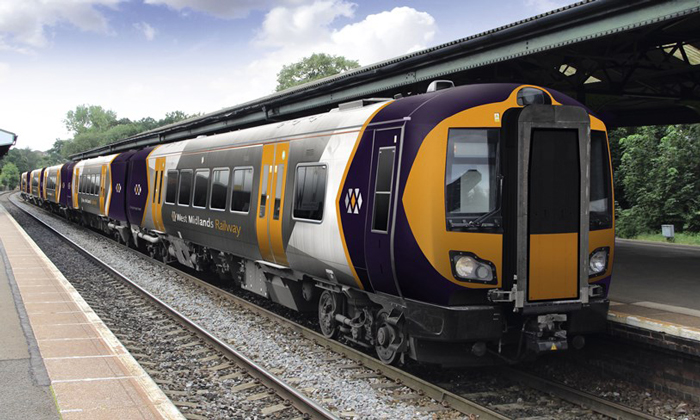 West Midlands Trains (WMT), which is made up of Abellio, JR East and Mitsui, was selected by the Department for Transport in August to run the next West Midlands rail franchise from 10 December 2017 until March 2026.

The franchise has selected Bombardier Trains and Construcciones y Auxiliar de Ferrocarriles (CAF) to manufacture 107 new trains (made up of 413 carriages) for the next West Midlands franchise.

The order is part of an almost £1 billion investment into the the franchise that Abellio, JR East and Mitsui will be overseeing in the coming years.

We are pleased that these new carriages will provide space for an extra 85,000 passengers”

“This is a very significant investment in new trains that will bring more space, more services and improved comfort for passengers,” said Councillor Roger Lawrence, chair of WMR and transport lead on the West Midlands Combined Authority (WMCA). “We know a key issue for passengers is overcrowding at peak times so we are pleased that these new carriages will provide space for an extra 85,000 passengers on rush hour services into Birmingham and London.

“That should make a significant difference for daily commuters in particular.”

In total, there will be 333 new trains made up of 90mph 36×3 car trains for metro services and 110mph 45×5 car trains for outer suburban and long-distance configurations produced by Bombardier at its facility in Derby. They will all feature air conditioning, free WiFi and in-seat power sockets as standard.

CAF will produce 80 diesel carriages made up of 12×2 car trains and 14×4 car trains to provide dedicated services for journeys to towns and cities around Birmingham.

These new trains will help to deliver the increased capacity and improved journey times required by WMR and the DfT under the new franchise. By the end of the franchise there will be 25% more train carriages available than at the start.

“It is great news that so many of these trains will be produced in the UK,” added Dominic Booth, managing director of Abellio UK. “As a company, we are committed to working with the government to strengthen the British economy and deliver thousands of high-quality jobs over the coming years.”

The new trains will be branded with new West Midlands Rail livery.