Rumo in Brazil is to run GE Transportation’s new software-based energy management system, Trip Optimizer, on its fleet of trains. 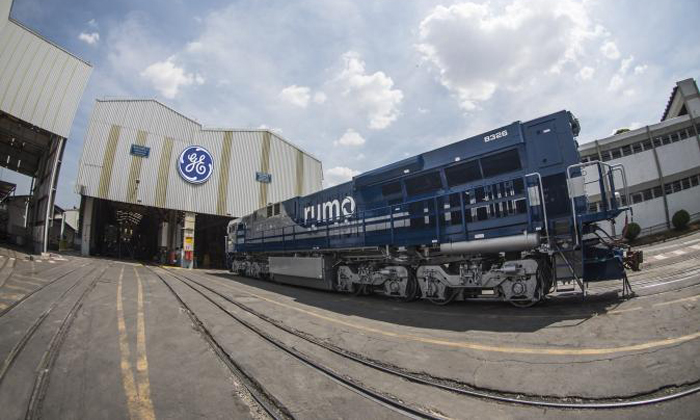 Trip Optimizer ingests data about a train’s route and load, and then automatically drives the train in the most fuel-efficient manner. Rumo, one of the largest rail-based logistics operators in Latin America, will implement it on the North and São Paulo Lines in Brazil, which equates to around 2,000km of track.

“We’re proud to partner with Rumo to improve the efficiency of rail in Brazil,” said Danilo Miyasato, Commercial Director of GE Transportation for Latin America. “The installation of Trip Optimizer is an important first step in transitioning from manual trains to fully automated ones. It will not only increase rail productivity, but also radically change logistics for the better.”

Trip Optimizer’s algorithms develop a customised plan to work with each train’s specific rail route which optimises operations and improves train handling and fuel economy, which is the largest expense for railroads.

During each journey, Trip Optimizer syncs with the other systems on board the locomotive to consider and adapt to potential changes that could impact the route, enabling the train to consistently arrive on time while using the least amount of fuel possible.

“This project represents an important evolution for Rumo,” added Roberto Rubio Potzmann, Technology Director of Rumo. “When integrated with our global technology strategy, it will bring considerable precision in the movement of freight, generating greater efficiency for our operation. Beyond that, the benefits of reducing fuel consumption extend beyond our own operations to the broader society as well.”

Operation with Trip Optimizer is scheduled to start in 2018.