Bombardier hands over first three of 52 TRAXX locomotives to Akiem

Akiem hands three locomotives over to lessee HSL Logistik GmbH, with three more planned for the second quarter of 2018… 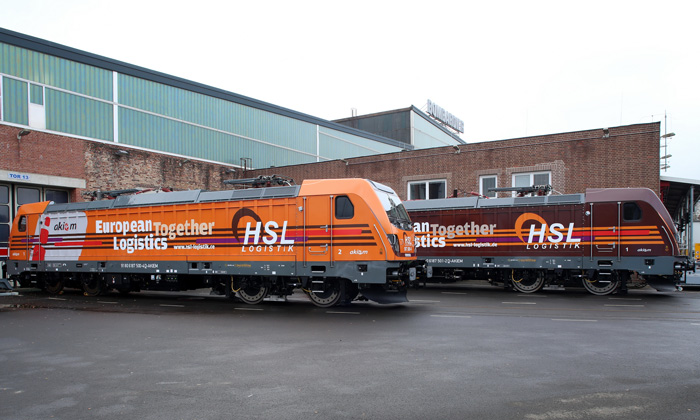 “These new locomotives don’t just meet our customers’ requirements, they also expand our business’ development in Europe by extending our service, flexibility and performance. We are very glad to continue our long-term partnership with HSL and with Bombardier,” said Hengameh Panahi, Managing Director of Akiem.

“As Germany’s largest privately owned rail transport company, transporting around 300 trains per week, we are confident that these new TRAXX locomotives will enable us to further enlarge our business as that trend continues to increase,” said Haiko Bottcher, CEO HSL Logistik GmbH.

Marko Schrediber, Head of Product Families MS/DC Locomotives, Bombardier Transportation, added: “We are proud of the strong collaboration with our important customer Akiem, who has ordered 87 TRAXX locomotives since 2011. HSL will add these three locomotives from Akiem to their large fleet of leased locomotives. In addition HSL will receive its first TRAXX locomotive In December.”