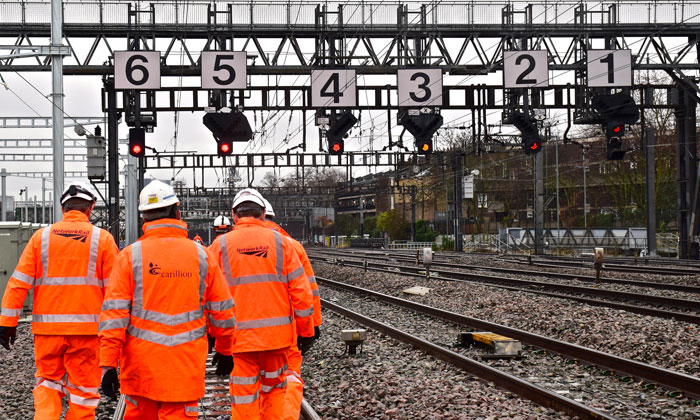 Amey Rail Limited have purchased a significant number of Carillion’s Network Rail contracts after the company went into liquidation in January 2018. The successful sale will provide reassurance to many in the rail industry and continuity for projects around the country.

The Network Rail contracts previously operated by Carillion Construction Limited, that are being transferred to Amey Rail Limited, include projects in the East Midlands, London and North West England.

The sale is likely to safeguard over 700 jobs; providing security for many of the Carillion employees and other companies with the rail sector supply chain also.

Matthew Steele, Commercial Director, Network Rail said: “This is a positive step for the industry, ensuring the delivery of a number of major rail projects across the country. We do recognise that this has been a very unsettling period for the employees of Carillion and would like to thank them for the continued commitment to the delivery of these projects. We remain focused on the transfer of remaining projects and employees to new arrangements over the coming weeks and months.”

In January 2018, it was agreed that PwC would pay Carillion employees’ wages for work done on, and supporting, Network Rail’s contracts until after April. Many of the construction companies and smaller rail suppliers were paid the arrears they were owed; ensuring the continued delivery of important projects.