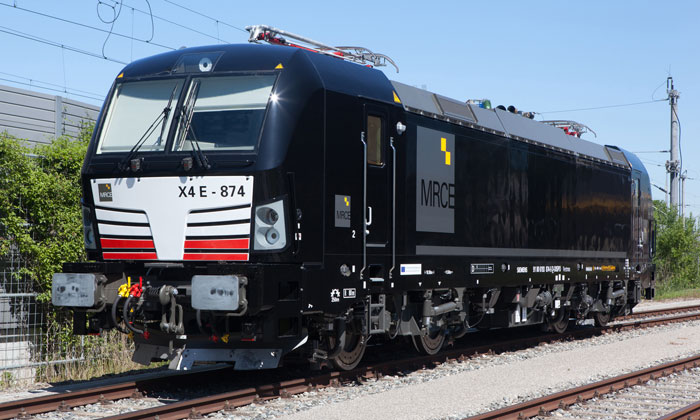 Ten of these units will be multisystem Vectron locomotives, used for operating across Europe from the Netherlands to Southeast Europe and will be delivered at the end of 2018.

Ten further Vectron MS locomotives are planned for service on the Rhine-Alps Corridor and will be delivered in the second half of 2019.

Five additional units will be equipped as direct-current locomotives (Vectron DC) and are to operate exclusively in Italy. Delivery of these five is planned to begin in March 2019.

“The long-standing trust of MRCE underscores the quality and reliability of our locomotives. With this new order, the MRCE Vectron fleet will grow to a total of 136 locomotives. The flexibility of the Vectron platform enables our customers to profit from tailored solutions for cross-border transport,” says Sabrina Soussan, CEO of the Mobility Division, Siemens AG.

“With this order we are further expanding our existing fleet for the North-South corridor and the Eastern European markets. This extended market coverage is allowing us to provide the best and most flexible services to our customers,” says Junichi Kondo, CEO of MRCE.

Since its introduction, Siemens has sold the Vectron over 700 times to 37 customers in 15 countries and the fleet has accumulated over 110 million kilometers in service to date.